Realtime Gaming’s Plentiful Treasure is a 5-reel, 243-ways-to-win slot with four progressive jackpots up for grabs. Know more about the game here.

The hunt for the forgotten Asian treasure fitted for a Chinese god continues on Plentiful Treasure slot.

Apart from holding a rich history, the lands of the Orient cradle spectacular riches lulled into a deep slumber. Thanks—in part—for this reason, the Far East has always been the favorite setting for fun crypto slot games. That being said, Realtime Gaming brings another title calling you for a quest to find the vanished treasures of the gods.

The question is, are you up for the adventure? Know more about what the game has to offer in this Plentiful Treasure slot review.

As you spin, you will come across rings, cauldrons, teapots, golden jewelry, and other Chinese-related symbols. You will also encounter various Chinese gods as you spin. Meanwhile, the background music is set at minimal, with subtle sound effects playing on the background as you play.

Hunting for treasure in a 5×3-grid, 243 all-ways-to-win slot is fun and simple. To begin playing the game, you need to set your bets first. The minimum and maximum bet will depend on how many golden symbols you would activate on the side of the reels before playing. Higher bets activate more golden symbols, which in turn activates more progressive jackpot pools up for grabs.

After setting your stakes, press the round arrow button to start the game. You could also activate the Autospin feature to spin the reels on a loop. Note that winning combinations are formed by matching symbols on adjacent reels from left to right.

You do not need to grab your lucky charms to get your hands on some rewards, as spinning Plentiful Treasure will do the trick. Below are the bonuses and features you must anticipate in the game:

There are two Wilds present in Plentiful Treasure—the Bǎo (treasure) character symbol and the Pearl symbol. Bǎo Wilds appear only on Reels 2, 3, and 4, and substitute for all symbol except for Pearl Wilds.

Meanwhile, the Pearl Wild symbol appears only on Reel 3. It substitutes for all symbols except for Bǎo Wilds and Scatters. In addition, Pearl Wilds can bolster your stakes up to five times.

A Chinese ding or an ancient cauldron represents the game’s Scatter symbol. If three or more of these Scatters appear on a left-to-right sequence, you will get up to eight free spins.

If you revealed matching god symbols, you will win a progressive prize applicable to the number of golden coins you pick. Getting two coins gives you the mini jackpot,while getting five gives you the chance to win one of four progressive jackpot games. 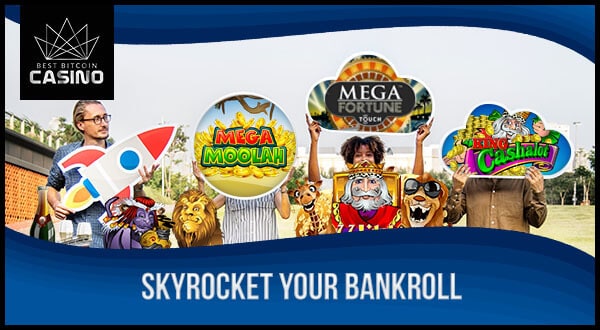 Should you play Plentiful Treasure Slot

There are a plethora of Chinese-themed slot games available online and more often than not, they have almost the same features and offers. Lucky for you, Plentiful Treasure combined the best features you will find on these slot games and tossed in a few unique tweaks.

With over four progressive jackpots, 243 ways to win, and a number of special symbols in the game, Plentiful of Treasure got the rewarding factor of your betting spree covered. On the downside, the game would be more fun if Plentiful Treasure makes its background music more lively and immersive.

Test your fortune today by playing the slot on Realtime Gaming casinos below. Simply assign up and get the chance to play Plentiful Treasure with a bonus boost.