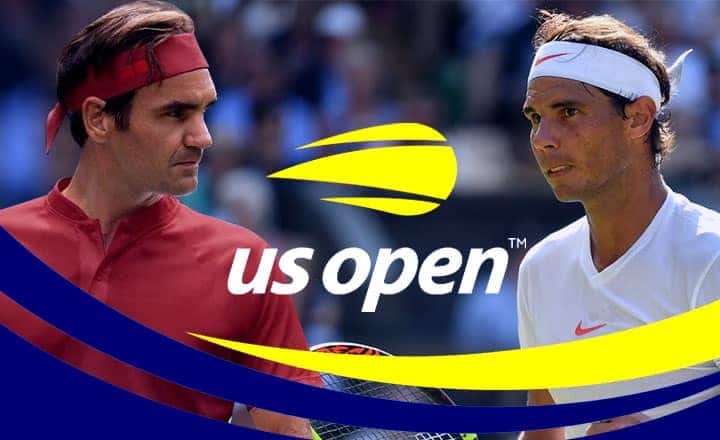 Sportsbooks have given Novak Djokovic and Rafael Nadal favorable odds to win the 2018 US Open Men's Singles title starting on August 27, 2018 in New York.

The Big Three of tennis will reunite at the peak of their powers to compete for the 2018 US Open Men’s Singles crown starting August 27, 2018.

Days before the start of the fourth and final Grand Slam of the calendar, online bookmakers like bet365 and William Hill are now offering odds on who is most likely to win the US Open Men’s Singles final.

The 31-year-old Serb has struggled at the start of the professional tennis circuit due to a niggling elbow injury from 2016. His poor condition resulted in some subpar performances on the court as well as absences from tournaments, including last year’s US Open.

No matter how bad Djokovic played while enduring an injury, many observers and pro players believe that the former world number one can still return to his absolute best. He performed well after semifinal and quarterfinal exits in the Italian Open and French Open, respectively.

“Great players never really lose that top end. The struggle seems to me that they have trouble sustaining it once there has been a hiccup in their career. Now that Djokovic has the top end confidence back after winning Wimbledon, the next challenge is the consistency at that level. With Roger [Federer] and Rafa [Nadal], not only did they play well, every tournament they played, were in the finals.”

Hungry after a long lay-off and currently in-form, online sportsbooks slightly favor Nole to win the whole tournament and to claim his third US Open title.

Reigning US Open champion Nadal has been in red-hot form after his recovery from a leg injury in late January. Since then, the Spaniard won five out of seven tournaments he joined, including a Grand Slam victory in Roland Garros. His latest defeat, however, came from an inspired Djokovic in the Wimbledon semifinal match.

Dubbed the King of Clay, Nadal focused on the season where the matches were played on the clay surface. Five out of nine events he joined were held on outdoor clay courts.

The 31-year-old admitted that he has to protect his aging body from more burdens, given his relentless playstyle. In fact, Nadal opted out of the Cincinnati Masters to give himself more time to rest.

“[Playing on the tennis court] is suffering, but at the same time it’s enjoying, because that’s what we do. We practice every day to try to be ready for the action, for the competition, and even more for the big ones. I’m trying to save my body to play as long as possible. It’s something that I’m really looking forward to making happen. And that’s it. I rested, I practiced, and here I am.

The demands of a clay court are different from those on an outdoor surface. Nadal’s supreme dominance on the clay might not manifest fully in New York’s hard, outdoor courts. After being drawn in a bracket arguably easier than Djokovic’s, experts expect the ATP world number one and current US Open title holder to reach the final match easily. Odds suggest that Nadal is the second most likely to win, with some considering him and Djokovic as joint favorites.

The 37-year-old Federer has also looked to conserve his energy and to prolong his career. The Swiss intentionally skipped the entire clay season this year to prepare for both Wimbledon and the US Open.

At points, however, it looked like even the former number one could not beat Father Time. After a thrilling five-set quarterfinal defeat in Wimbledon, Federer spent more than four weeks off professional tennis events. He returned later to North America for the Cincinnati Masters where he reached the event’s final. However, Federer’s game was off, and Djokovic cruised his way to the title.

“Of course, the big goal is the US Open. That’s got to be the goal now after not having the perfect situations in the last couple of years there. I wasn’t 100% there. I couldn’t even play the year before that. That’s why I would really like to be at 100% for the US Open this year.

Federer, the player with the most Grand Slam victories, has won the US Open five times in a row, though his last win in New York was one decade ago in 2008. With an in-form Djokovic in the same bracket, Federer must fend off tough challenges to win the elusive sixth trophy.

Sportsbooks consider only Federer as the third favorite to bag the title. Even he himself believes that “a 37-year-old actually should not be the favorite for the US Open.”

Avid tennis fans can catch Djokovic, Nadal, and Federer hit the outdoor court at the 2018 US Open Men’s Singles. The first round of matches will start on August 27, 2018.