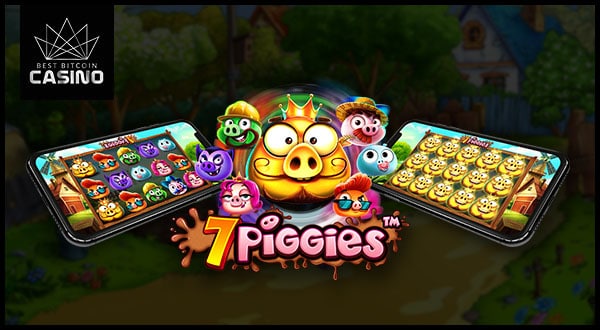 Pragmatic Play is taking players back to the barn with its latest 7 Piggies slot which features a Scatter Mode that offers free spins and bet multipliers.

Pragmatic Play launched 7 Piggies slot which features expressive pig head characters. The new game will be the latest game from the said game content developer to give online players more chances to win.

7 Piggies slot by Pragmatic Play offers a different vibe when playing in Bitcoin casinos. With the game’s resemblance with the game about angry avian species, players are sure to find this new game exciting and easy to enjoy. Add to the design the exciting features online slot fans will love. 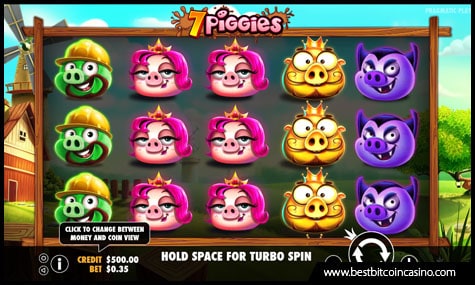 Every symbol in 7 Piggies is stacked. All of the symbols enter the reels in large groups where a single reel can be filled with the same symbol. This includes the Wild symbol of the game which has the highest possible payout when five of these symbols are matched.

Stacked symbols make it easier to create more matches with five symbols. The Stacked Wild symbols also help with bridging the symbols to match more symbols on the three rows of the reels.

Players can trigger the bonus mode when they catch at least three or more of the Scatter Barn symbol on the reels. Players of this Pragmatic Play slot get five free spins and other extras for the Bonus feature. At the start of the mode, players click the Barn symbols they won. Barns reward players with three, five, eight, or 10 free spins as well as 1x, 2x, 3x, or 5x multipliers.

While having only three Barn symbols trigger the Scatter mode, players will want to have more Barns on the reels. Having more Barns can reward players with more free spins or bet multipliers.

7 Piggies Bonus Mode adds a layer of excitement to its mini-game. Other slots give players a flat set of free spins and a possible bet multiplier. This slot goes above this by allowing players to win more than 10 free spins with a possible bet multiplier in the Bonus mode. The dynamics of the feature makes the Bonus mode unique each time a player triggers it. Stacked symbols also appear during Bonus mode to increase the chance of matching five symbols with the added multiplier.

7 Symbols on the reels only

7 Piggies slot only has seven symbols, hence the name. This includes the Wild symbols and Scatter symbol. In a slot game, less is more. Players can easily match the Construction Worker Pig symbol or even the Golden King symbol. Both provide the highest possible payout.

By having fewer symbols, the odds of the most valuable symbols to appear on the reels are much higher than in other slots. Slots that may have eight or 10 more symbols can add unnecessary competition to the reels. About three or five symbols only give three times players bet will be mixed in with a few symbols that can potentially give players seven or nine times their bet.