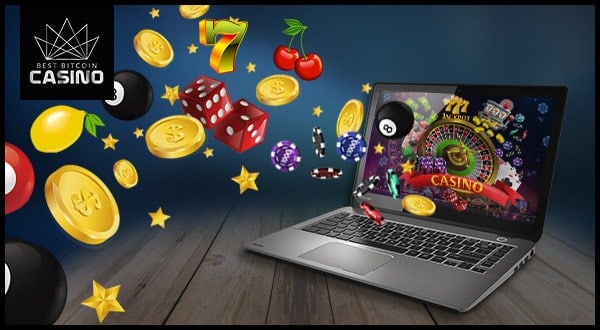 Music and video slots are a perfect combination of peas and carrots. There are many music-themed online slots in casinos that accept cryptocurrencies like Bitcoin. There is a unique thrill to getting a big win or triggering a bonus feature in the tune of a familiar music.

Some of the notable video slots are themed around a popular rock band, while others are based on hit Broadway musicals. Check out this list of entertaining music-themed crypto slots games. 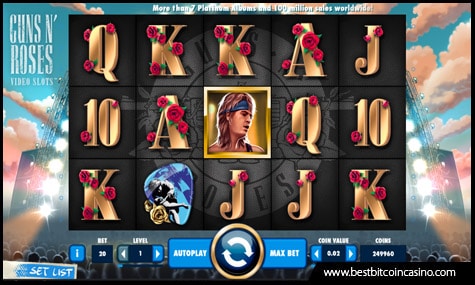 NetEnt’s take on the popular Rock Band makes for a good music slot. The game has five full versions of Guns N’ Roses hits such as Welcome to the Jungle and Paradise City. Players can set which music to play during the game or shuffle play the music list.

One of the gameplay features of this NetEnt slot is its Expanding Wilds which can take up an entire reel. Its Scatter Bonus can reward players with money prizes as well as trigger two bonus features.

The first bonus feature is the Crowd-Pleaser Bonus Game. This has players pick a symbol to win free spins or money prizes. Encore Free Spins provides players with 10 free spins. Another feature of the Encore mode is its Character Wilds. All Guns N’ Roses Band Member symbols turn into Expanding Wilds which takes up a whole reel.

Realtime Gaming honors the 50s rock legend with its slot game. The slot has a 6×3 grid and an All Ways Pays feature which gives 729 pay lines.

Like in the Guns N’ Roses slots, Big Bopper slots’ scatter mode has three prizes. One of which is the Big Bopper Instant Win which awards players with 20, 50, 100, or 250 times their bet.

The Phantom of the Opera slots – Microgaming

Andrew Lloyd Webber’s movie adaptation of The Phantom of the Opera has grossed over $154 million across the globe. Microgaming takes the same magic of the musical and the movie it is based on to its musical slot.

The Phantom of the Opera slots game is rich in bonus features. Players can trigger this during the normal mode of the game at random where a Chandelier will drop in front of the reels. This feature can turn up to three reels to Wild Ones.

Like the other two music slots, this Microgaming slot has three selectable bonus features when players trigger the Scatter mode. One of the notable features is All I Ask of You Free Spins. This mode provides players with 10 free spins and two Character Wild symbols that move around the reels. If the two symbols are near each other, they create two Wild reels or have Wild symbols occupy a 2×2 part of the reel. The music that the mode is based on will play in the background throughout the free spins.