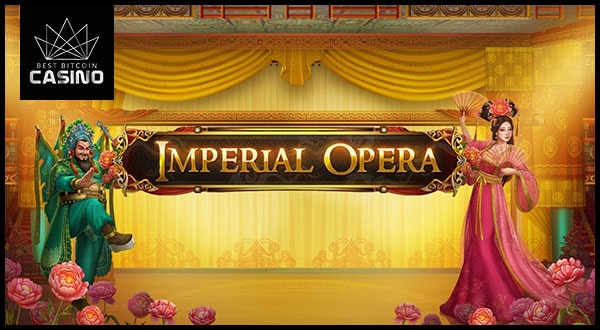 Play’n GO brings the Chinese theater to casinos with the launch of Imperial Opera. Here are four features that will get everyone to play the new slot.

The newest game released by Play’n GO—Imperial Opera slot—is now available in selected online casinos.  This online slot is inspired by the Chinese Opera and uses the musical elements of a performance to deliver the slot’s exciting features.

“We’re excited to launch yet another regionally-targeted slot to our rapidly expanding portfolio in Imperial Opera, and we’re sure players will enjoy the concept and premium gameplay. Our games development team has stepped up their output this year, bringing numerous titles to market which have proved popular across the various territories we are certified within, and I expect this to be another smash hit.”

Here are four slot features of Imperial Opera slot by Play’n GO that will make everyone enjoy Chinese musical traditions with big winnings. 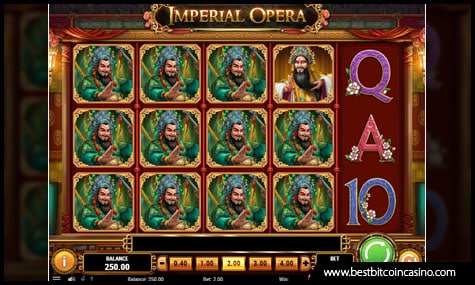 The most common feature that occurs during the base game of Imperial Opera is its Harmony Feature. This feature highlights two to three adjacent reels which contain the same symbols.

Harmony reels increase the chance to match more than three symbols when the Harmony feature affects three reels. There is also a nearly guaranteed payout when the first, second, and third reels are synchronized.

Another feature of Imperial Opera is Showcase symbols. The feature turns a random symbol into a stacked symbol. It further increases the chance for players to make multiple matches with more than three symbols during the Harmony feature.

While some of the low-paying symbols are stacked, the high-paying symbols of Imperial Opera have Mega Symbol versions. Mega Symbols appear when the Harmony feature is triggered. These symbols can fill two or three reels.

What makes the feature stand out is the Mega Symbol version of the Wild Actress symbol. Players can expect a high payout when the Wild Mega Symbol fills three entire reels.

During Scatter mode, the Harmony feature constantly occurs in each of the players’ free spin. In addition, the appearance rate of the Mega Symbols significantly increases in this mode. This includes the valuable Wild Mega Symbol.

Players can enjoy more chances to get stacked Wilds on the reels with the Crescendo feature. This feature turns up to two reels into Wild ones.

Unlike the Wild Mega Symbol, the Crescendo feature guarantees one or two Wild stacked reels. The feature often results in a large payout if the affected reels are the first two reels.

The latest Imperial Opera slot can be played in Play’n GO casinos. The slot comes in an HTML5 format that allows players to spin the reels of the Chinese Opera-themed game anywhere on their mobile device.