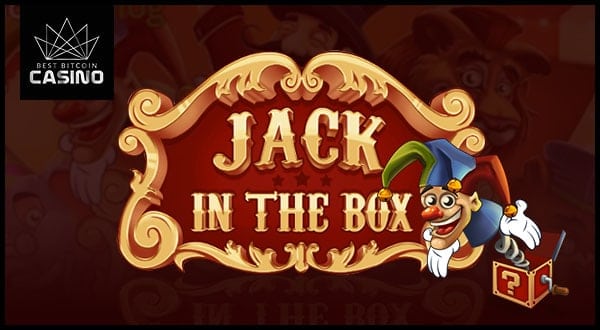 Pariplay is taking everyone back to the Big Top with its Jack in the Box slot. One of the features of this game is a massive 4x4 stacked Wild symbol.

Pariplay just launched a new circus-themed slot online. Jack in the Box slot by PariPlay is available in casinos—including a Bitcoin casino—that offer the gaming portfolio from the said software provider. 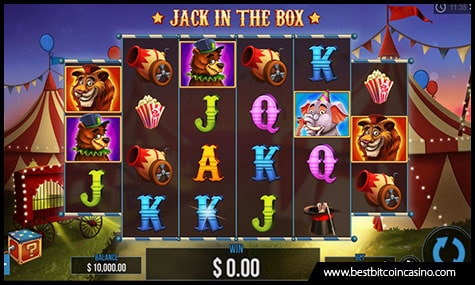 Jack in the Box slot has six reels. The first and sixth reels only have three rows, while the four middle reels have four rows. This slot’s most standout feature is its Mega Symbols that appear on the four middle reels. These stacked symbols only include the high-paying ones as well as two valuable symbols. These are the Wild symbol and the Jack in the Box symbol. The size of these symbols can occupy the entire 4×4 grid in the middle.

Jack in the Box symbol

The Jack in the Box symbol appears during the Normal and Scatter modes of the game. When one or more of these symbols appear on the reels, it turns into one similar symbol.  Players can easily match six symbols on the reels if there are many Jack in the Box peppered around the reels. It is even easier to make more matches if the player can make the 4×4 version of the symbol appear and fill the four reels with the same symbol.

Players trigger the Bonus Game when they get the Bonus symbol appear on the first and sixth reel. During this mode, players find three of the same symbols that are hidden inside a series of boxes. There are six symbols that provide different prizes.

Jack is on Fire bonus feature

The Jack is on Fire is a Scatter mode of the game that does not just provide seven free spins. Jack will lock Wild symbols throughout the duration of the mode. Getting a bonus win can increase the multiplier by one. Players can even get more free spins by getting a Jack in the Box symbol.

Players create a match by lining up similar symbols starting from the left side to the right side of the reels. The structure of the reels makes it possible to have about 100 pay lines, which is far more than the pay lines in Bloodshoot slot by PariPlay. The pay lines are automatically open. Players do not need to add more to their bet in order to open more lines for them to create more matches.