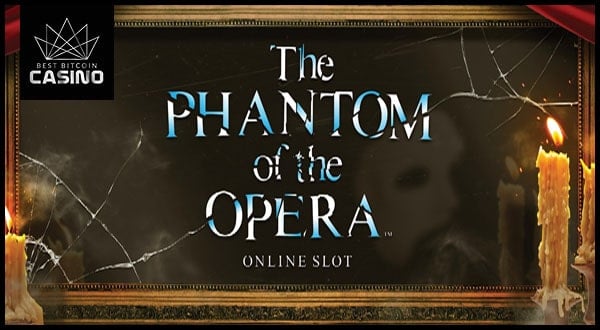 Microgaming just unveiled its latest branded slot, The Phantom of the Opera. Check out the seven features that is sure to enthrall Bitcoin slot enthusiasts.

Microgaming announced early this year in ICE 2017 its plans to release its 2014 film adaptation of The Phantom of the Opera. Months after, the popular casino software provider finally unveiled its latest creation.

The Phantom of the Opera slots by Microgaming recently joined the list of new games available to the online gaming market. This also means that Bitcoin casinos that carry games from the said game content provider are among the casinos to offer this new online slot.

With the growing competition in the iGaming industry, Microgaming equipped its new slot with the right arsenal. Here are seven features that players will love about the new Microgaming slot. 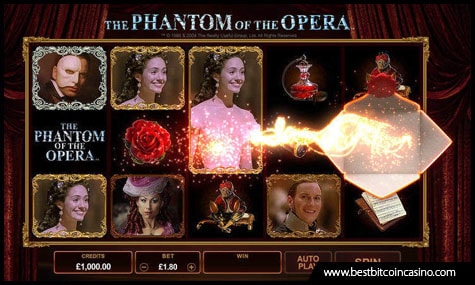 At some point in the normal section of the game, players might trigger a Chandelier to drop on the screen. This bonus turns one to three reels into a wild one where all three spaces is occupied by Wild symbols.

Another bonus feature that can occur during the normal mode of the slot is the Letter Bonus. Players can trigger this by simply having a Sealed Envelope symbol on the fifth reel. Players can win up to 20 times their total bet when this symbol appears.

Players trigger one of three bonus features by having three Mask Scatter symbols appear on the reels. One of these features is the Masquerade Bonus.

During this bonus, players have a limited number of Picks to select a mask. Masks can reward players with cash prizes, additional Picks, or entry to the next level of the bonus. Succeeding levels offer higher cash prize amounts and offer more picks to players who enter the next level.

Feature #4: All I Ask of You Free Spins

The second Scatter bonus is the ‘All I Ask of You Free Spins’ where players receive 10 free spins. During this mode, there are two unique Wild symbols. These are Christine and Raoul Wild symbols. If the two symbols are adjacent to each other, they can turn reels into Wild Ones. If the two occupy the same space, they create a 3x Wild symbol that triples payouts of symbols that matches with it.

The third Scatter bonus is the ‘Music of the Night Free Spins’ which also offers 10 free spins. In this mode, players can trigger four random features in each spin. This includes a 4x multiplier, three to five Stacked Wild reels, Scattered Wilds, and five additional free spins. It is possible to have more than one feature occur in a single spin.

Feature #6: Phantom of the Opera Music

Fans of the movie may appreciate the music from Andrew Lloyd Webber. The three Scatter bonus plays the music of the same title such as Masquerade and All I Ask of You.

The Phantom of the Opera slots game has a 5×3 grid and 243 Ways to Win feature. Players can create a match regardless of the position of the symbol as long as it is adjacent to at least three reels.