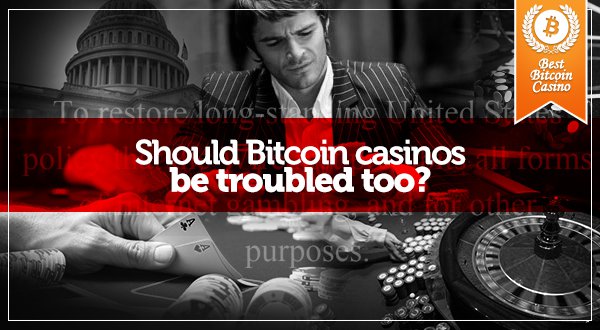 Online gamblers and Bitcoin casino enthusiasts can breathe as the move to ban online gambling in the US struggles to find light in Congress.

The traditional gambling industry is involved in yet another attempt to ban online gambling, and it’s not going well.  This time, it’s called the ‘Restoration of America’s Wire Act’ or RAWA, and it’s the product of essentially one man, gambling mogul and tenth richest man in the world Sheldon Adelson.

The bill attempts to expand the authority of the US Wire act, an act which makes interstate electronic sports betting illegal, but does not (despite the occasional intimations of the Department of Justice to the contrary, make it illegal to gamble online in general.  RAWA is intended to change that.

The bill itself is a blatant example of rent-seeking protectionism.  As Rep. Ron Paul (who penned a scathing piece about the potential legislation) put it:

“It is an open secret, at least inside the Beltway, that this legislation is being considered as a favor to billionaire casino owner Sheldon Adelson […] Mr. Adelson, who is perhaps best known for using his enormous wealth to advance a pro-war foreign policy, is now using his political influence to turn his online competitors into criminals.”

Fortunately for Bitcoin casino enthusiasts, however, the law does not appear to be making much political headway. 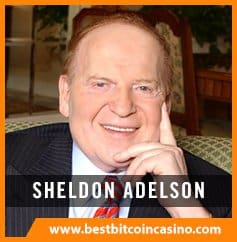 In the House, the bill has seen little movement, still boasting only nine sponsors, and the version in the Senate has seen even less success.  It now seems that the bill will not receive a vote in 2014 throughout Congress’ so called lame-duck session, during which regulators who have already lost re-election are more likely to take risks and (perhaps) repay political favors.

The odds of the bill actually passing now seem slim to none, a surprising turn given Adelson’s status as one of the most prominent donors to the Republican Party that now controls the House.

For the time being, it appears that playing Bitcoin games is going to remain acceptable in the United States. However, how this attempt will develop in the months to come is worth following, especially if it will present any sign of threat to the still yet-to-mature market of Bitcoin gambling.