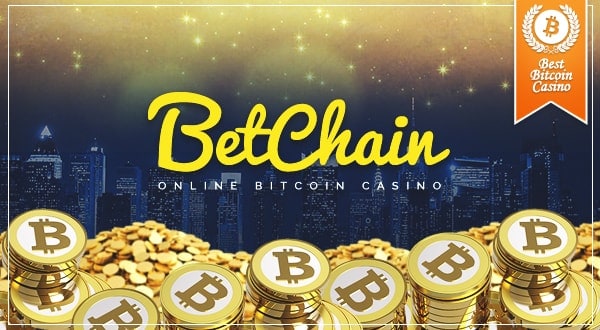 This year’s BetChain Casino Black Friday Bonus Week is bound to astound the iGaming industry with its improved and more lucrative set of prizes.

There is no denying that the spirit of Christmas is drawing near, and arguably, one of the most anticipated pre-Christmas events in the mainstream market is Black Friday.

This occasion is extremely celebrated among the conventional community due to the fact that this is the day when shops and retailers overwhelmingly drop the prices of their products, usually plummeting down by 50 to 80 percent off the original tag. Hence, this event has become everyone’s great event for purchases.

Another thing that builds the hype of the Black Friday event is its rarity. Unlike the normal shop discount promos that normally happen every month, the significant price drop during this event only happens once a year.

Other than these obvious specifics about the Black Friday event, the most surprising fact that has surfaced is its strong influence.

This grand purchasing event has begun to inspire the iGaming industry to rev up their offers, as such with BetChain Casino. 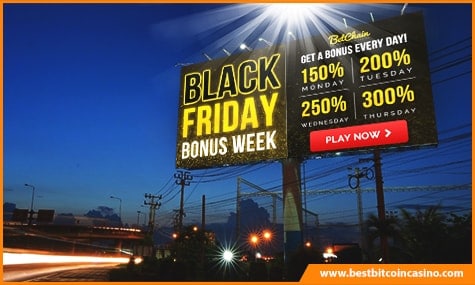 BetChain casino, one of the leading online gambling platforms catering to Bitcoin and real-money bettors, has enthralled the entire iGaming community after the launch of its exclusive Black Friday Bonus Week.

The multi-currency casino has already launched a similar kind of casino promotion back in 2014 and was obviously a successful event due to its surprising and exclusive giveaways.

This year, however, BetChain stepped up its Black Friday bonus with a refreshing set of Bitcoin casino bonus deals.

The only difference is that unlike the previous Black Friday event, this year’s exclusive bonus happens for the entire week and up for grabs are the progressive bonus amounts. 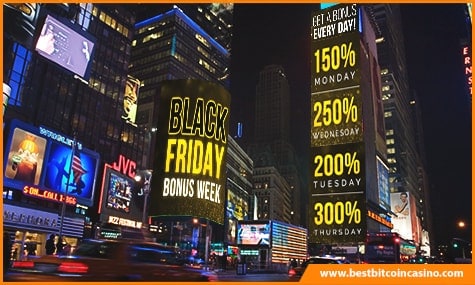 BetChain began rewarding gamblers with the 150-percent bonus on their first-initiated deposit on Monday, and another 200 percent on the initial deposit the following day.

Bitcoin casino players who funded their accounts on Wednesday also received a higher bonus amount of 250 percent while first deposits on Thursday are matched with the 300-percent bonus.

The rewards never stop on Friday because 100 lucky players will be awarded with more surprises come the weekend. The first 100 to make a deposit to play Bitcoin games on any given day during the week will receive an additional bonus, which is guaranteed to end the Black Friday Bonus Week with a bang.

To top it all off, this Black Friday Casino bonus is open to all BetChain members and is not limited to cryptocurrency users. Online gamblers who prefer to play using euro or US dollars are also entitled to benefit from this year’s set lucrative casino bonuses provided by BetChain Casino.