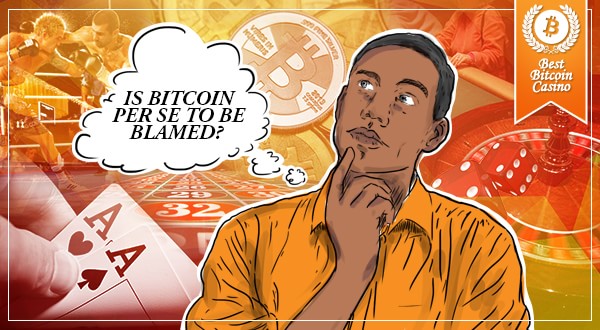 Reports showed that fewer African Americans actually use bitcoins. How does this translate to their participation in the growing market of Bitcoin gambling?

Gambling with bitcoins and other cryptocurrencies, while not mainstream yet, is already quickly grabbing the attention of the conventional online bettors. Aside from the increase in the number of Bitcoin casino sites and other gaming platforms, the awareness of the digital currency has also sped up, showing signs of higher Bitcoin adoption rates.

In line with this, it can be implied that more people are opting to use cryptocurrency in betting on the web. Although, given the anonymous nature of this market, it is rather challenging to pinpoint the demographics of the players.

Online reports, however, showed that there are fewer African American people engaged in Bitcoin transactions than whites and Hispanics. A list of reasons was discussed, and these reasons alone may already paint a broader picture—that only a small group of African American bettors can actually wager bitcoins online.

Here are the major reasons:

Most often than not, the people indulged in the Bitcoin ecosystem are of European, Asian, and American descent. It should be noted, however, that the majority of Americans involved are white.

This is evident with the leaders, entrepreneurs, and investors that continue to revolutionize the cryptocurrency domain, leaving black people out of the equation.

Nonetheless, the lack of African Americans visible in the Bitcoin markets should not be taken as the racial group is oblivious of Bitcoin. It just so happens that racial perception and cultural differences, specifically in the financial aspects, are paramount.

For instance, African American people are reported to have been ambivalent about the arms-length nature of Bitcoin transactions. After all, they prefer to have physical connection with how they transact money, causing some to even distrust financial institutions. As such, the recent Mt. Gox controversy only increases the distance they possibly will maintain away from Bitcoin.

If the whites’ wealth index is to be used as the standard, it would be evident that African American people have lesser savings. Therefore, for them to invest their money to cryptocurrency like Bitcoin will be disadvantageous. Instead, it would be better for them save up small savings than to risk their finances on a volatile digital currency.

Bitcoin price has seen highs and lows, but it never seems to stabilize just yet. Its volatile nature significantly influences how the African Americans behave in terms of adopting the cryptocurrency. While the community is regarded as a powerful consumer force, it would not willfully join the global trend unless Bitcoin tones down its unpredictable behavior.

The future of African Americans in the Bitcoin gambling arena

Once all the hindrances are ironed out, more African Americans are expected to indulge in the growing and maturing market of Bitcoin gambling. This, however, will only transpire if they slowly but significantly view Bitcoin as a friendly and secure technology and payment system. It should be noted, though, that modifying a cultural behavior like this will take time.

They may be seeing less action during the first few years of Bitcoin’s existence, but they are showing signs of potentially embracing the market. After all, as words of Bitcoin’s success continue to spread, more African Americans will possibly be buying bitcoins in the years to come, and later on, wagering some on the Bitcoin games on the web.