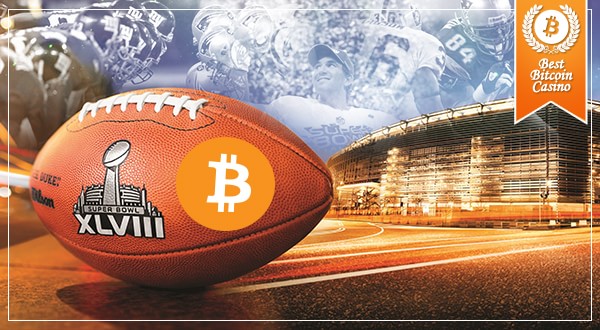 If there’s one thing that bitcoins can do that others can’t, it’s to deliver massive amounts fast, safely, and anonymously. In the recently concluded Super Bowl XLIX, Bitcoin’s uniqueness and adeptness for sports betting was extensively tested as portions of bets from sports fans worldwide were delivered and processed using Bitcoin’s groundbreaking technology of anonymity and instant transactions.

For instance, well-known Bitcoin sports betting site Cloudbet had announced that high rollers could place bets of up to 1,000 BTC on the game. Based on the current USD-BTC exchange rate, this signified a total of around USD 230,000, which is definitely more than internet bettors have been capable of betting on any other previous Super Bowl. This difference can be attributed to Bitcoin’s distinctiveness, and the same can be expected in the next Super Bowl Bitcoin betting events.

Initially, Cloudbet only took bets of only 400 BTC, but increased it up to 1,000 BTC on Super Bowl Sunday. Through this, players were able to place bets directly via Cloudbet’s website, with no specific requirements or approval necessary, which also applies to other Bitcoin betting sites, too.

Basically, bets of up to 1,000 BTC is something that has not happened before and is somewhat unprecedented in the history of online gambling. However, due to Bitcoin’s innovative characteristics, sportsbooking operators and bettors can move huge amounts of funds at a very low cast in a short span of time, as opposed to the tedious and expensive process of the traditional online sports betting sites.

Also, there is the issue of legalities. In the United States, only four out of the fifty states legally allow sports wagering, posing a predicament to sports fans who want to join the fun, but legally can’t.

Circumventing such bans became the goal of online sports booking operators. However, traces of gambling are still conspicuous as payments are usually done through Western Union, Moneygram, or with a credit card. This is where Bitcoin comes in since it apparently leaves no crumbs to trace.

In addition, while it typically takes days or weeks for the standard online sports betting websites to process winnings, Bitcoin casino sites such as Cloudbet, Nitrogen Sports, and CasinoBitco.in, to name a few, can deliver payouts within days or even minutes.  For those who want to join the sports betting action without the usual hassles and setbacks, Bitcoin is definitely the best alternative one can rely to.