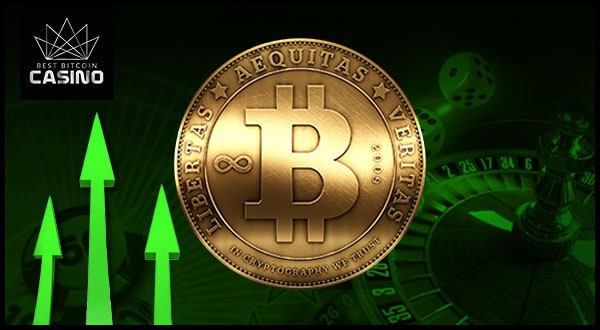 Bitcoin cleared the $5,000 level after the price surge last Friday and it has maintained its position come Monday. This was an unexpected turn of events after China’s crackdown on Bitcoin and ICO last month.

Higher price levels mean another level of excitement for Bitcoin casino players. More so, the stakes of progressive jackpots go higher in casinos like mBit Casino, Slots.com, and BitStarz. 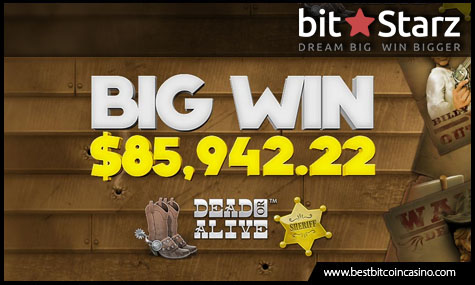 One of the possible drivers of the price urge is the growing acceptance of Bitcoin. The Collective, a London property developer, announced that it would let tenants send their deposits as Bitcoin.

Also, ICOs have been getting mainstream media exposure lately thanks to celebrities who are promoting them. These celebrities include Parish Hilton and Jamie Foxx. Their promotion of ICOs has helped spread awareness of Bitcoin.

Another major driver of Bitcoin price is the increasing interest of institutions. This includes various Wall Street banks and financial media outlets.

The future of Bitcoin, however, to surpass the $6,000 or even the $10,000 is still unclear. There is still another speed bump in November called the SegWit2X. This is another hard fork which can result in another iteration of Bitcoin. A similar event occurred at the start of August which resulted in the creation of the new Bitcoin Cash cryptocurrency.

Casino players who have been holding on to their bankroll are likely to be one of the many who are celebrating the new Bitcoin price. The value of their bankroll went up from last month’s level of $3,000 levels.

Players can further increase their current bankroll by wagering it in slots, casino games, or poker rooms. A progressive jackpot that was worth $1 million four weeks ago is now worth more than $1.6 million.

Everyone can also make use of the rapid movement of Bitcoin by wagering the possible price it can reach by the end of 2017. Online prediction markets such as BetMoose allow players to make wagers on most kind of financial movements. If Bitcoin can make it past the next hard fork on November, there is a good chance it will go up again just like in August.

How Bitcoin has progressed so far

Bitcoin continues to show its resiliency as it went past the $5,000 mark. It should be noted that the cryptocurrency was trading around $966 at the start of January. From then on, Bitcoin grew to a lifetime high of $1,240 as it continues to break more and more levels.

The cryptocurrency hit a speed bump in the middle of September when China halted every cryptocurrency exchange and halted ICO in the country. As it turned out, the country’s government became concerned about Bitcoin’s impact on its economy. This sent the currency crashing nearly back down to the $3,000 level.

Despite this, Bitcoin prices became stable and slowly continued to strive.  This can be due to the decline in China’s influence in Bitcoin. It may be recalled that Japan recently adopted rules and regulations toward the cryptocurrency which shows that the country recognizes Bitcoin as an actual payment option.