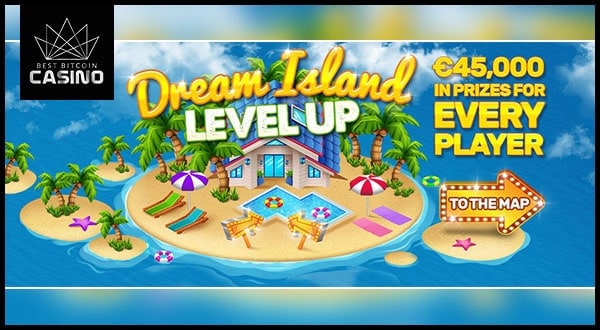 BitStarz is holding a two month length promo to jump start the holidays. The Bitcoin casino is offering a staggering €45,000 worth of prizes.

BitStarz has recently launched a new promotion that will run for nearly two months. The BitStarz Dream Island Giveaway promo has about €45,000 worth of prizes that are now up for grabs.

Any BitStarz players are free to join. The Dream Island promo also covers all of the casino games, making it possible for any type of players to take a chance at winning the prizes at stake. 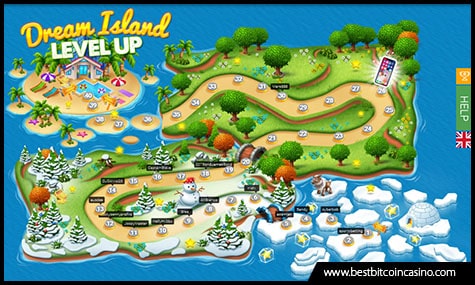 The Dream Island promo runs from December 1st, 2017 to January 31st, 2018. During this whole period, players compete for certain rewards and prizes by progressing through the Dream Island Map.

To get moving, players need to earn points by playing any of the games on BitStarz library. There are 40 squares or points on the map that players need to trudge. They then receive a prize when they reach the next point on the map.

The Dream Line promo is also a race for the first few players to reach specific points on the map. According to the map, those who reach the 26th square can win an actual iPhone X. the 40th square is likely where the largest possible prize of promotion can be won.

“This is probably the most elaborate promotions we’ve ever done, and I’m glad that we’re able to offer a promotion where all players can potentially win their dream holiday, at the same time!”.

It is important to note that only those that place real-money bets qualify for the promotion. Bets using bonus money or free spins will not generate any points for the players.

During the promo period, players will have a progression bar within the UI of the website. This bar fills up when they collect points from playing the games. Filling the bar will allow players to progress on the map.

Players immediately receive bonus cash prizes when they win it. Any physical prizes are shipped to the winners. BitStarz will contact the winners to ask for their address in order to ship their iPhones or other physical prizes. Winners also have the option to receive a cash alternative instead.

The Dream Island allows players to earn points from any games. However, minimum risk wagering on certain table games will not count towards the player’s turnover. These types of bets include the red/black bets on roulette tables. Players risk getting banned from the promo if they farm points from minimum risk wagers.