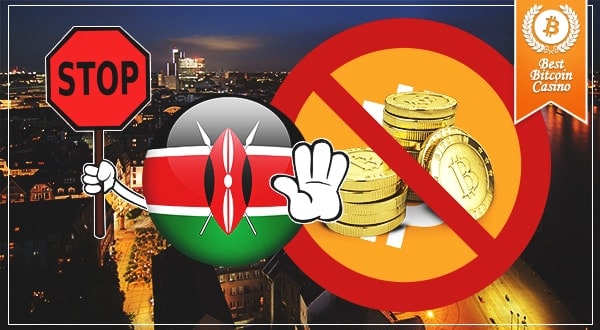 The Bitcoin Warning in Kenya issued by the central bank hinders Bitcoin’s development in the region. But can this stop the locals from using Bitcoin?

Various financial sectors, specifically banks, are still negative toward the usage of cryptocurrency in spite of the favorable progress the Bitcoin ecosystem has achieved to garner mainstream acknowledgement.

Of all the previous skirmishes Bitcoin has faced in the conventional market, its encounter with major banks of Australia was deemed to be one of the most significant.

This is due to the fact that Australian banks have blatantly shut down accounts of major Bitcoin-operating businesses in the region. Of course, this event has made a detrimental impact on the overall flow of Bitcoin transactions in the country.

Fortunately, Bitcoin in Australia still thrived amid this constant breakdown being dealt by the banks. This gave the cryptocurrency industry another string of hope of development in the mainstream.

Coincidentally, however, the Central Bank of Kenya has made a statement against Bitcoin that may bring this string of hope on a waterloo once again.

Central Bank of Kenya believes Bitcoin is not safe

Joining the roster of cryptocurrency activists, the Central Bank of Kenya has made its move by posting a public announcement as a paid newspaper advertisement that warns about the various ‘dangers’ Bitcoin and altcoin transaction may bring to its users. 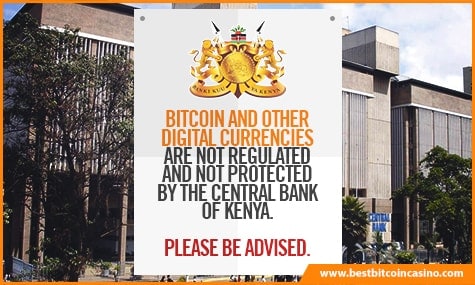 According to the notice, the central bank emphasizes the fact that Bitcoin and other currencies of digital form are not legal tender in the region and that there are no user-protection programs to aid Kenyan Bitcoin users in the event of discrepancies in transactions.

The main highlight, however, of the Bitcoin warning in Kenya is that it expresses subtle hints of the possible establishment of the Bitcoin regulation in the region:

“Domestic and international money transfer services in Kenya are regulated by the Central Bank of Kenya Act and other legislation. In this regard, no entity is currently licensed to offer money remittance services and products in Kenya using virtual currency such as bitcoin.”

On another note, various Bitcoin adherents have expressed their unwavering support despite the unending shackles being tied to Bitcoin. One of which is the former Executive Director of the Bitcoin Foundation Jon Matonis.

He shared his thoughts regarding the issue in an online interview and stated that negative statements toward Bitcoin that are issued by the government are amusing in such a way that their beliefs are contrary to their actions:

“These types of government-issued warnings are always amusing because they act as if their own monopoly legal tender is the paragon of safety and stability while simultaneously ignoring the actual, real consumer benefits of Bitcoin.”

Bitcoin has proved to be a diverse currency that has opened countless lucrative opportunities to its users. It is certain that Kenyan consumers are bound to experience the same benefits of the cryptocurrency.

Likewise, Bitcoin will serve as a conduit for Kenya to access various Bitcoin departments, including the Bitcoin casino market. This greatly complements the gambling niche in Kenya since the country is open to several offshore gambling sites. 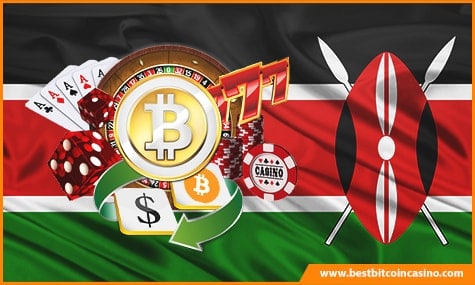 Bitcoin gambling is on the rise

Having only recently embracing the lucrative online gambling industry, Kenya is quickly catching up in this business. As local people discover the wonders and entertainment of online gambling, the demand for casinos, sportsbooks, and poker rooms among other gambling sites are expected to rise.

This is the perfect window for Bitcoin to extend its influence. By tapping the Kenyan online gambling market and introducing the cryptocurrency casinos that host various Bitcoin games, more people will realize the advantages of using Bitcoin while experiencing the unique Bitcoin games and lucrative casino bonuses.

With the abundance of high-definition Bitcoin slots from top developers like Endorphina, Betsoft, and NetEnt on board the Bitcoin-powered casinos, together with other exciting games, local players are assured of quality gambling online and on mobile.

Through the popular payment conduits in the country—Bitpesa and M-Pesa—users can conveniently acquire Bitcoin and begin engaging in online gambling, which perfectly demonstrates how Bitcoin makes transactions faster, safer, and more convenient.