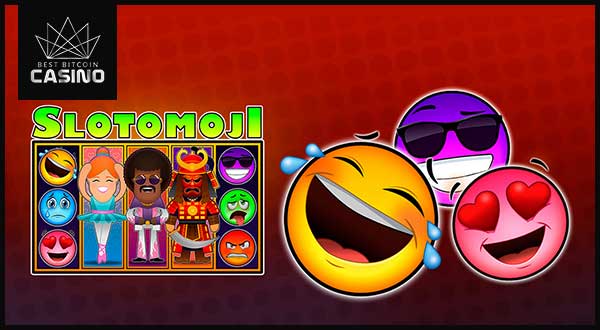 Endorphina's Slotomoji slot launches months before The Emoji Movie and the official emoji slot from NetEnt. Slotomoji is available to fiat & Bitcoin bets.

Emojis continue to be a strong pop culture phenomenon widely used in most chat or messaging services. But these emojis are no longer restricted in these apps and services as they have now started to conquer the online gaming scene.

With The Emoji Movie slated to hit the cinemas in July this year, it is not a surprise that game content developers are out to join the emoji trend. In fact, along with the new games announced at ICE 2017, NetEnt revealed that it would create the official emoji slot and will be launched following the release of the feature film.

But it appears that another game content developer has joined the trend as Endorphina unveiled Slotomoji slot, a new game that is based on the popular emojis.

Slotomoji slot comes with five reels and 10 pay lines. Its symbols contain most of the basic emoji, such as the ones about laughing, anger, sadness, love, and getting sick. The small paying symbols are random icons like a musical note and a lightning streak. 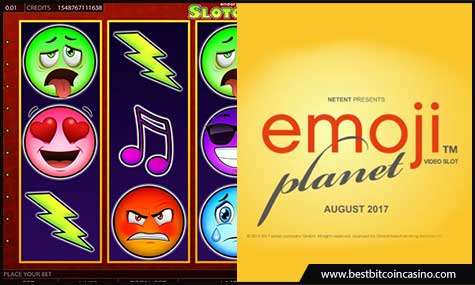 This Endorphina Bitcoin slot also has a gamble feature that lets players double their winnings. In this feature, players select four cards to match with the dealer’s card. They win if the card they pick has a higher value than the dealer. If they pick a card that has the same value as the dealer’s card, the match results in a push or a tie.

Some of the Bitcoin casino and gambling sites that will soon offer this Endorphina slot are Vbet, Betstreak, and Omni Slots.

The NetEnt team also sees a good opportunity to creating an attractive slot game that makes use of emoji. Almost everyone is familiar with the ‘lol’ icon that is often added to the most conversation.

This is why NetEnt will release its own flavor of emoji-themed slot in August 2017 and will call it the Emojiplanet slot. NetEnt even teamed up with the Global Merchandising Services & The Emoji Company to get the amazing looking emoji arts into the slot game.

“As a leader in both mobile online gaming and innovation, emojis is a perfect fit with NetEnt. Every day, millions – if not billions – of people around the world enjoy using emojis. They have become a language in their own right; it is hard to think of a more collectively familiar and loved brand to partner up with.”

There is a reason NetEnt is choosing to release Emojiplanet in August. This is also the same time as The Emoji Movie will get a summer release in the third quarter. The movie will be about the life of the icons inside an average person’s phone. NetEnt hopes for The Emoji Movie to be a blockbuster hit to give its yet-to-be-released Emojiplanet slot a strong appeal in the online casinos.

With only a few teasers from NetEnt released recently, there are still speculations as to how NetEnt will make its emoji slot. It may contain original arts like Endorphina’s or it may contain references to The Emoji Movie.