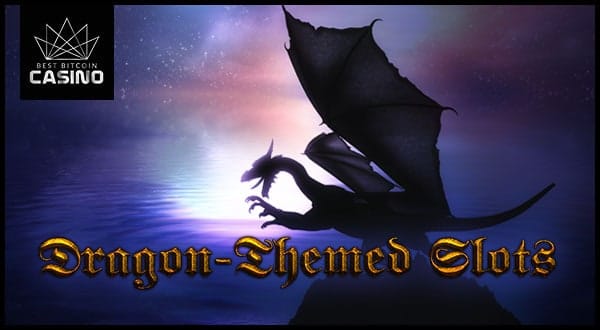 Dragons are mystical creatures that have graced players with amazing wins in Bitcoin casinos. Check out these amazing dragon-themed slots for Bitcoin.

Bitcoin casinos have had many dragon-themed slots that come in different flavors. Many of which are themed after the familiar European fantasy dragons while others go for an oriental theme.

While there is an abundance of dragons in most casinos, there are some that have those with interesting features and themes. Here are four interesting and exciting online real-money and Bitcoin slots about Western and oriental dragons.

Dragon’s Myth has a similar vibe to a certain movie about having a pet dragon. One of its notable features is the Cage space at the bottom of the fifth reel. When one of four Dragon symbols land on this space, the dragon is caught and an indicator appears on the Spin button. Capturing all four Dragon symbols rewards players with a large cash prize. Apart from a large cash prize, players are also treated to a fun animation of the girl protagonist capturing one of the dragons. 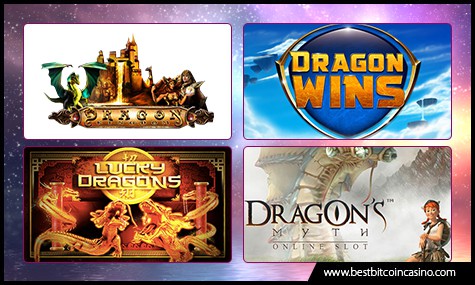 This dragon slot uses Asian luck statue symbols. Lucky Dragons slot emphasizes its Dragon symbol by giving it a Stacking symbol. This has the symbol enter the reels in groups to make it easy to fill an entire reel with the Dragon symbol. The Dragon symbol is the highest-paying symbol in the game, Filling the 5×3 grid with this symbol will give players a jackpot cash prize of 40,000 coins. Another notable feature is its Scatter mode. Every match during the Scatter mode gets double its payout.

One of Dragon Kingdom’s unique features is its Dragon Split symbol. When the symbol appears while a match is made, a Dragon will spit fire on the last symbol of a match. This will make the symbol count as two symbols instead of just one. Dragon Split makes it possible to create a match of six symbols in its 5×3 grid. The other feature of this slot is its Dynamic Multiplier which occurs during the game’s Scatter mode. In Scatter mode, players receive 15 free games and a random initial multiplier of two to five. Matching a symbol increases the multiplier to the next level. The multiplier resets if there are no matches made on the next spin.

The main feature of Dragon Wins is the four colorful dragons on every four corners of the grid. As players match a specific dragon symbol, the meter of one of the dragons fills up. Dragon Spins feature is triggered if one of the meters is full. During this feature, all Dragon symbols turn into the one Dragon that owns the meter and players receive three free spins. On top of this, each Dragon has a unique feature. This includes stacked symbols and expanding symbols.