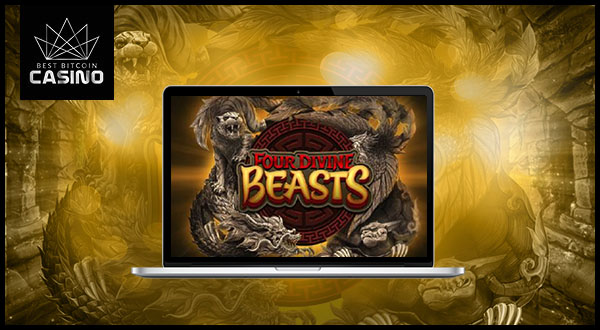 Habanero’s new online slot will introduce players to the four sacred animals based on the Chinese calendar. Four Divine Beasts slot is the latest title from the developer and will be one of the newest games to be added this week to fiat and Bitcoin casinos.

The release of Four Divine Beasts slot by Habanero is just in time for the Chinese New Year this month, but it offers more than just a timely and interesting theme. With features designed to keep players entertained in every spin, this Bitcoin slot becomes one of the latest must-play games.

“Four Divine Beasts is sure to appeal to those who are looking for something quite different, summoning beasts who used to rule the earth. Its mythical design is built to bring an authentic Asian feel to players whichever device they choose to play on.”

The release of this slot game is in line with Habanero’s mission to strengthen its position in the Asian market. 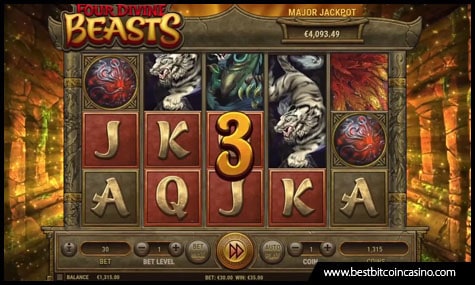 Habanero’s newest slot features four divine beasts that each come with exciting features. The first two are represented by a White Tiger and a Vermillion Bird.

Vermillion Bird or Ling Guang, on the other hand, gives fiery Spreading Wilds that originates from a Burning Orb Wild symbol. In this mode, players can get two or more Wild symbols generated from the Burning Orb. There are some spins, however, where the orb may not appear.

Azure Dragon is the third beast in this game. Meng Zhang in the local language, it offers vertical Expanding Wilds to lucky players. Meng Zhang’s Wild symbol is a Tree Orb that grows and cover an entire reel. Much like the first mode, the Azure Dragon’s Wilds constantly appear on the reels.

Meanwhile, the Black Turtle or Zhi Ming’s mode also offers an Expanding Wild symbol. In this mode, the Wild symbol expands horizontally by about three columns. The Wilds in this mode also appear constantly.

Four Divine Beasts slot uses a 5×3 reel structure and come in HTML 5 format. This makes the game compatible with most mobile devices when played in selected Bitcoin casinos.