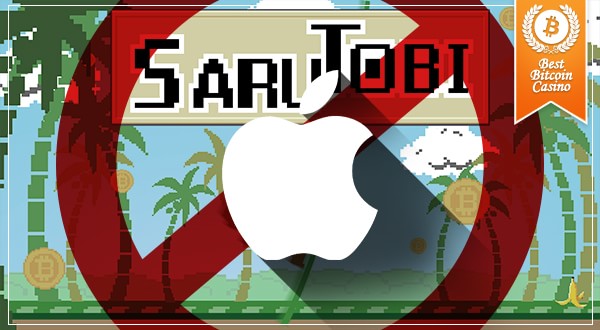 Apple recently suspended an iOS Bitcoin-tipping game from its App store. Is it a mere security concern or is Apple paying more attention to Bitcoin?

The Cupertino giant once blocked all Bitcoin-related apps from its mobile platform. A revision in its policies, however, made possible the re-entry of Bitcoin apps into the large customer base of iPhone and iPad users.

One of these apps that have received the green light is SaruTobi, a retro-styled game designed by MandelDuck, the iOS game developer that uses the Bitcoin technology. It began rolling out to Apple and Bitcoin enthusiasts starting January this year.

Unfortunately, words got out recently that the iOS game that tips real bitcoins was temporarily suspended from the App Store due to certain concerns, according to the Sydney-based independent developer.

There were worries over the possibilities that Apple may have decided to close its doors on virtual currencies once again—a thought that may have rooted from the possible conflict Bitcoin may impose on Apple Pay. The developers were quick to clarify the real situation, though.

“Apple removed the app from sale on the weekend over concerns users would be confused over the use of in game Bitcoins (not real) and actual real Bitcoin.”

In the game, users will swing the monkey from a vine to collect as many Bitcoin tokens while aiming to cover the longest length. Players can be tipped in real Bitcoin, which may then be used to avail the in-game bitcoins used for buying in-game items.

Although the game was reportedly complete with a notice that clarifies the insignificance of the in-game bitcoins in real-world usage, Apple deemed it necessary for the developers to make significant changes. 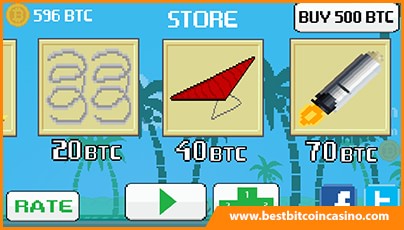 The modified version of SaruTobi is already done and is just waiting for Apple’s approval, as per the indie software company.

Look at the larger picture

The recent incident concerning the Bitcoin-related game may have alarmed some bitcoiners, but it actually presents a larger picture that perhaps Apple is keeping a closer look at the potential of the Bitcoin market.

Whether or not this will benefit the digital currency, speculators are still adamant about the possibilities for Apple to become less strict in filtering the Bitcoin iOS games and apps that become available in its store.

This allows them to work seamlessly in both web and mobile browsers. Through these mobile Bitcoin casino platforms, bettors from various parts of the world can place Bitcoin bets using their Apple devices.