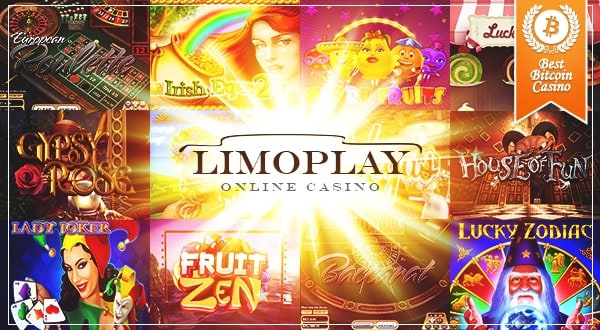 Considering the massive amount of games in the iGaming sector, the LimoPlay game library has surprised gamblers due to its diversity and content.

In the Bitcoin gambling market, game content serves as a badge of honor and a status symbol among gambling platforms.

The majority of bettors are inclined to favor Bitcoin casinos that have plentiful amounts of casino games compared to those that lack variety. After all, these games are the inviting factors of the iGaming industry.

Given that game content is a vital criterion that determines the success of an online casino, newer platforms tend to struggle amid the competition. This is due to its inability to immediately produce an impressive game catalog.

LimoPlay Casino, however, is a new entrant in the iGaming business that has surpassed these hurdles with flying colors.

Compared to most newly established platforms, this particular casino has captivated the interests of the online gambling community because of its noteworthy collection of Bitcoin games. 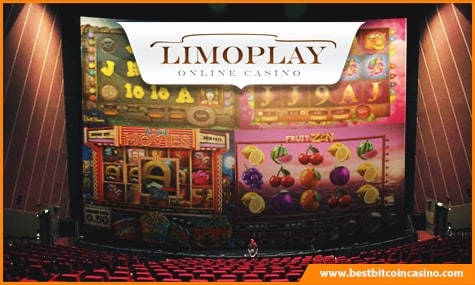 One evident problem among freshly released platforms is its limitations in terms of its game availability. In most cases, a newly launched platform will only have either a couple of slot or table and card games available for play.

Nonetheless, it takes time for these online and Bitcoin casinos to further upgrade their systems in order to provide gamblers with a fully expanded game library.

LimoPlay, however, straightforwardly toppled down this stereotypical notion among newer platforms through its diverse game library.

Unlike the conventional setup of freshly-released casinos, LimoPlay welcomes its patrons with a wide spectrum of gambling games under the genres of Bitcoin slots, blackjack, video poker, keno, lottery, and even casual games and jackpot slots.

Of course, crowd-favorite games like Bitcoin slots and roulette are most definitely available in the LimoPlay game library.

Other than having a game library that complement to every gambler’s preference, it can be argued that the most definitive asset of LimoPlay Casino is its staggering roster of game providers. 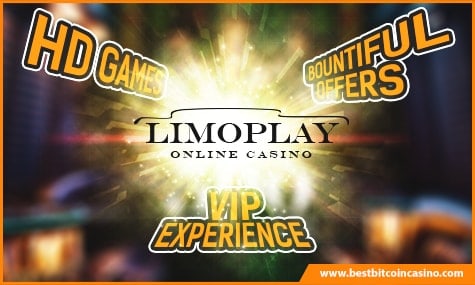 Notwithstanding its novice status, this multi-currency casino already goes on par with some of the most established and sought-out gambling platforms in the iGaming industry.

Housing games developed by high-caliber providers is such an overwhelming feat to acquire for new-generation casinos and even for experienced platforms.

Considering all these exclusive factors, it is vividly clear that LimoPlay Casino has reinvented the way the iGaming industry view new-generation platforms.

Having entering the market with such a majestic array of gambling features that are geared toward the enjoyment of both digital and real-money currencies, it is safe to say that this casino will be one of the most exciting platforms to look forward to in the future.