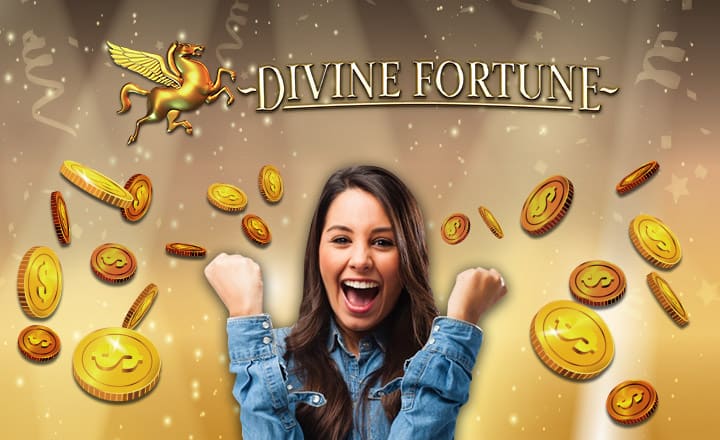 A player from NJ playing NetEnt's Divine Fortune slot has won more than US$280,000, the largest prize the progressive jackpot slot awarded yet.

Another winner received a jackpot thousands of dollars’ worth in one of online casino developer NetEnt’s fan-favorite slots. Reports emerged early August that an online bettor has won US$287,945.23 while playing NetEnt’s Divine Fortune progressive jackpot video slot on SugarHouse Online Casino.

According to an article published by SugarHouse, the unnamed woman in Sewell, New Jersey was waiting for a scheduled conference call when she decided to play Divine Fortune on her smartphone. Little did she know that her US$2 bet would multiply by more than 144 times and would win her the game’s Mega Jackpot.

Her winnings, the online casino claimed, was the biggest prize ever won on the NetEnt-developed slot.

The Sewell-native bettor was just one of the many lucky bettors rewarded by NetEnt’s Divine Fortune slot.

One more player had received huge wins while playing in the same SugarHouse gaming hub. In March 2018, a bettor behind the username Anibal Lopes spun his way to a US$193,737 win.

Also from New Jersey, this player took only thirty minutes and one spin to earn himself the slot’s Mega Jackpot that he said he will use for repairing his house and settling his bills.

Meanwhile, online casino Play Ojo reported a huge win scored by a bettor from England at the start of 2018. The blog post announced that a user named zonk360 had won £89,059.80 playing on the progressive jackpot slot. The bettor was about to head for work before deciding to take a spin on Boxing Day—December 25, 2017—before arriving at his job more than US$100,000 richer.

User zonk360, from the English town of Northallerton, said:

“I have never even considered I could win this amount of money. I just randomly picked the game Divine Fortune. Within 9 spins I landed the Free Spins game which then triggered the jackpot and the rest is history. I was chilling at home for 10 [minutes] before I started work and went to work in shock. I still am in shock.”

The progressive jackpot slot game joined NetEnt’s game library in 2017. Since then, it has awarded lucky bettors with great rewards.

The bonus round can be triggered by collecting three or more bonus symbols during the main game. Then, the collected symbols valued between 10x and 200x the bet will be placed randomly on the reels before the mini-game starts.

Players who want to win a spectacular progressive jackpot like Anibal Lopes and zonk360 can spin the Divine Fortune slot on NetEnt’s client casinos.

| Related: NetEnt Spices up Its Gaming Library with MAX Slots