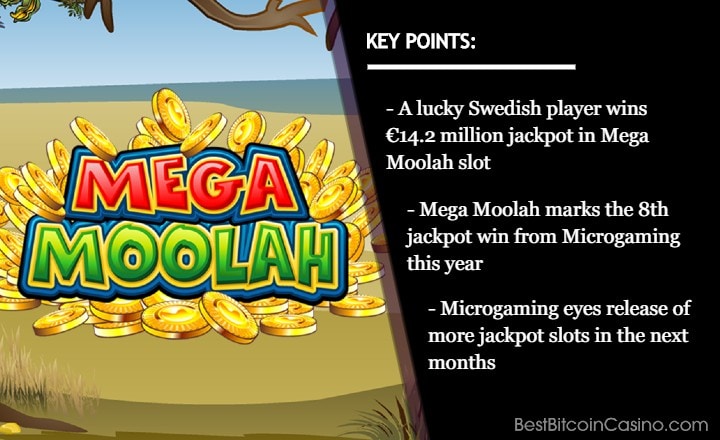 Microgaming’s Mega Moolah recently paid out a jackpot win to a lucky player, making it the 8th jackpot slot to reward a player with millions in winnings.

Bitcoin casino players across the net will be well aware that Microgaming’s Mega Moolah is one of the best paying crypto games around. Those that weren’t will be aware of it this month as the progressive jackpot slot recently made one Swedish player a multi-millionaire.

Andrew Booth, Director of Games at Microgaming, said of the result:

“The win marks the largest euro jackpot win in Sweden through our progressive jackpot network. Mega Moolah continues to be a favourite among players worldwide, and we are thrilled to add even more progressive games to the jackpot and network this year.”

The details on the specific win (such as the player’s identity) remain sparse at the moment. However, the win is just one of many to have occurred this year.

Thus far, over €30 million has been paid out in prizes. Major Millions paid out €1.6 million to a UK player in July, while the slot has also paid out wins of €1.2 million in June, and €1.65 million in March. Mega Moolah has already paid out four wins alone this year, as have the new Mega Moolah: Absolooty Mad, and Atlantean Treasures slots.

Microgaming recently announced that a handful of new jackpot slots would also be released later this year. These are set to include:

Each of these slot games has been developed with Microgaming’s traditional partners, such as All41 Studios, Triple Edge Studios, Stormcraft Studios, Just for the Win, and Slingshot Studios.

Microgaming’s biggest progressive jackpot slots are ready for you to win today. All you need to do is find somewhere to play. Head over to BestBitcoinCasino.com’s reviews section today to find Bitcoin casino sites that support Microgaming jackpot slots. 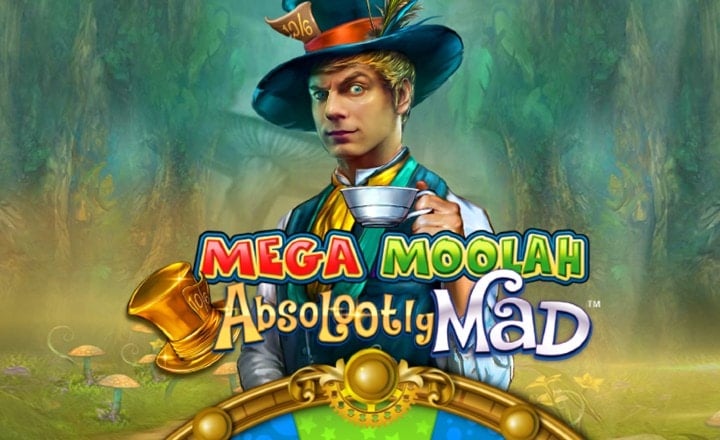