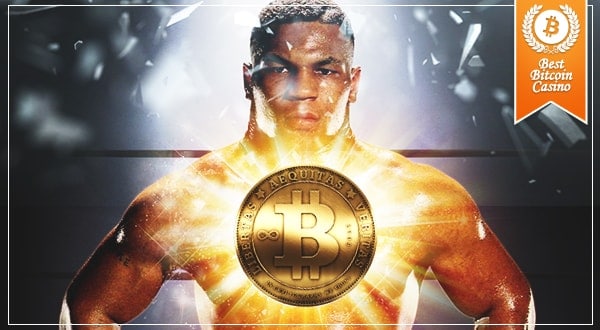 Being a huge impact he already is in the world of boxing, Mike Tyson reaches out to Bitcoin users with a new business venture that features his own brand of Bitcoin automated teller machine. Apart from numerous appearances in TV shows, movies, and even on stage, Mike Tyson Bitcoin ATM is a name that will soon climb his heritage.

Over the weekend, he posted a tweet revealing his ongoing plans for establishing his Bitcoin ATM:

“Coming soon… Miketysonbitcoin.com… Changing the way we get change.”

The website is currently under construction but a functioning front page claims that the Bitcoin ATM can turn your cash into Bitcoin in under 20 seconds. When compared to Tyson’s quickest knockout at 30 seconds makes it lightning fast. Users may opt to pre-register for further updates and newsletters that concern Tyson’s BTM.

Tyson’s Bitcoin ATM will be launched on Aug. 30. 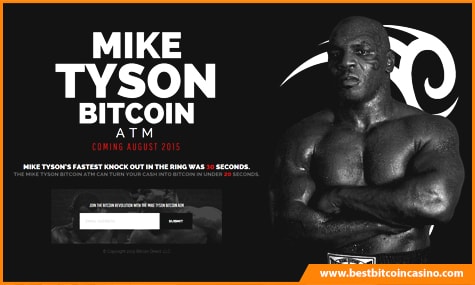 What can Bitcoin gamers expect?

Part of the Bitcoin niche point towards online gambling. Association with big names of celebrities or athletes can be a huge factor for Bitcoin’s development. It can help improve credibility, knowing that famous people of high standards patronize the digital currency. Most advertisements are paid by the products or services offered.

In this case, it is Tyson who put his investment in Bitcoin and not the other way around. He saw the potential need for Bitcoin automated teller machines. He could have said no, but instead he grabbed the opportunity.

Looking at it from another angle, this is a perfect exposure for Bitcoin. Tyson is currently followed by 4.8 million Twitter users. With roughly another 3,000 new followers each day, his account and such information will reach a lot of Bitcoin gamblers out there who are avid fans of the former heavyweight champion.

The market may change after this. Demand for more Bitcoin games will start to increase, together with that of the entire Bitcoin industry.

Gamers and bettors need fiat money too, even if they are playing in Bitcoin casinos accepting US players. With the Bitcoin machine, availability and access will not be a problem when the need for cash arises. These machines will allow cash deposits to be transferred to digital wallets or exchange Bitcoin for traditional currency.

The impact of Mike Tyson’s Bitcoin ATM on the players who enjoy playing games and betting on sports will be tested as the avid gamblers use it to place bets on VitalBet, the official sportsbook of Manny Pacquiao. 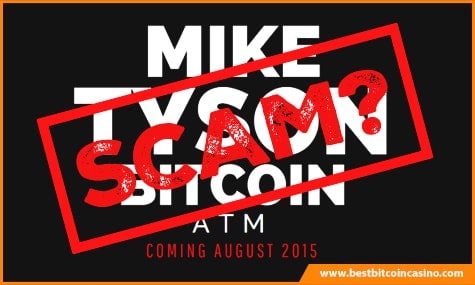 The website’s domain owner—Peter Klamka, together with Bitcoin Direct LLC—face many unanswered questions. With their current share price of $0.0001 per share and a cap of $6,780, closing a deal that is associated with a multi-million dollar name sounds too good to be true.

Many speculate that the deal was made as a result of smooth-talking that lured and promised Tyson revenue, which had him overlook some of the details behind the deal that could lead to a potential scam. But without any solid information, only time will tell.