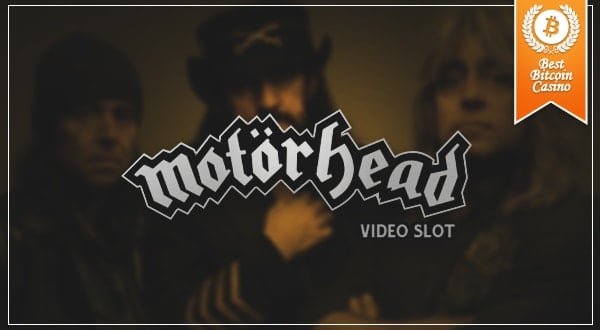 Description: NetEnt’s Motorhead slot will be launched this month, and the Bitcoin players are already expecting a cool slot game with heavy metal music.

NetEnt would have completed its trilogy of rock-themed slots in a little over a week once Motorhead slot is officially launched.

The Motorhead slot brings to the table a different taste of rock—heavy metal. With a scheduled released on Sept. 22, this slot game is expected to fill the Bitcoin casinos with heavy metal music reminiscent of the Motorhead hits like Ace of Spades, Overkill, and Killed by Death.

NetEnt saved the best for last as it stirs the Bitcoin gambling community to spin the reels like a true rock star. With Motorhead frontman Lemmy Kilmister already gone, NetEnt’s Motorhead slot is a perfect tribute to him and the band.

Early this year, the Guns N Roses slot was released and became the first rock-themed slot to be launched for NetEnt Rocks the Tour campaign. 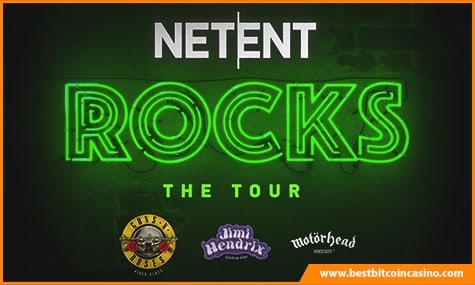 By Q3 2016, Jimi Hendrix joined Guns n’ Roses as the second rock icon to be featured in NetEnt’s 2016 campaign. With a different rock genre, Jimi Hendrix slot became another worthy addition to the roster of online slot game titles on board the NetEnt game library.

With the first two rock-themed Bitcoin slots already out, the iGaming community awaits the release of the third and final slot game, which everyone now knows as the Motorhead slot.

Designed differently and to perfection

NetEnt has already given a taste of its latest rock slot game, which also packs the right elements that will make it another success for the Stockholm-based online game developer.

Veering away from the style and vibe of the first two slots—Guns N Roses and Jimi Hendrix—Motorhead slot gives a darker feel that is more apt to heavy metal music. It also features an unconventional reel structure that makes the game all the more interesting. This makes Motorhead slot stand out, especially since the first two reels only have three rows, the third and fourth reels have four rows, and the fifth reel has five rows. 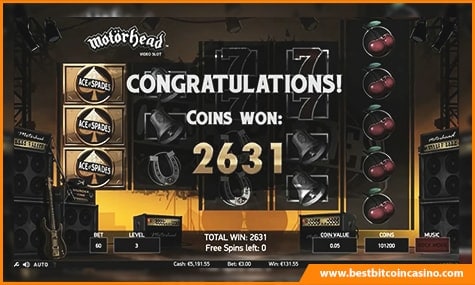 Other than distinct reel structure, the music blasting in the background sets the mood of the game. Not only does this make the game exciting, but it also keeps players wanting to play and spin the reels as many times as possible.

Set to rock the Bitcoin casinos

With the Motorhead slot already scheduled for a Sept. 22 launch, players should keep an eye on this game once the Bitcoin casinos with the NetEnt games on board feature this game. Some of the leading Bitcoin casinos that already have the NetEnt rock-themed slots are BitStarz, BetChain Casino, and mBit Casino.