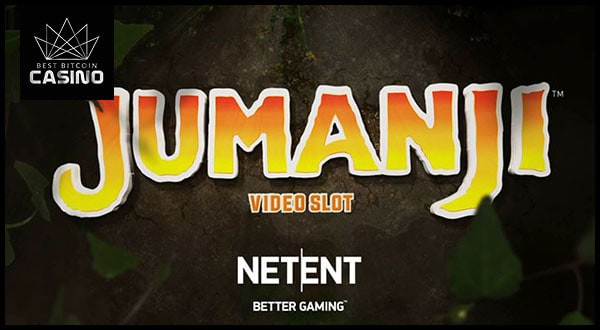 Fans of the original Jumaji film should expect a new slot from NetEnt based on the adventure movie. The Jumanji slot will be showcased in ICE 2018.

NetEnt successfully struck a deal with Sony Pictures Consumer Products to create a slot on the original Jumanji movie. The new Jumanji slot by NetEnt will be released this year.

Eager fans of both NetEnt and Jumanji can catch an early demo of the game in ICE Totally Gaming conference next month. Slot enthusiasts can expect another excellent branded game from the makers of Planet of the Apes slot and Guns N Roses slot. 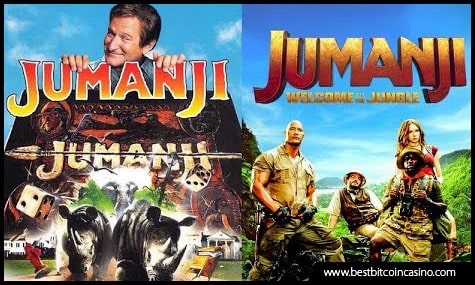 The upcoming slot will feature references from the 1995 Jumanji film that starred Robin Williams. Jumanji is a fantasy adventure movie about a magical board game that brings animals and other hazards of the jungle unto an American suburban town. The movie was critically acclaimed around the globe and has earned $676 million in the global box office.

“Being able to secure a deal for another high-profile title showcases the moves we’re making in diversifying our roster of games. The original Jumanji movie, which debuted in 1995, remains a movie-goer favorite and continues to demonstrate its cross-generational appeal more than 20 years later! Also, with the recent release of the new film, the Jumanji brand is more popular than ever. We’re excited about the game launch in 2018.”

NetEnt’s branded slot, however, will follow the release of the latest iteration of the franchise Jumanji: Welcome to the Jungle. This film features Dwayne ‘The Rock’ Johnson whose role is a game avatar for a high school teenager that got sucked into a Jumanji video game along with three other people.

NetEnt is still working on the latest Jumanji slot, but the software provider will give everyone at ICE 2018 an exclusive look at the game on the conference’s showroom floor. Anyone interested in getting first-hand info on the new Jumanji slot should drop by NetEnt’s stand (N3-242) on Feb. 6.

While there are no details yet on what features the Jumanji slot will have or what type of reels it will use, it is good to note that NetEnt is known for breaking expectations. A good example of this is their recent Planet of the Apes slot which they released last year.

Planet of the Apes slot combines both Rise of the Planet of the Apes and Dawn of the Planet of the Apes movies into one game. The two movies have a separate 5×3 grid that make it feel like playing two slots with just one spin. The slot also has two separate Free Spins mode that matches the theme of the movie. Two other features make use of both reels such as the Stacked Wild Feature. The unusual gameplay and features of the said Bitcoin slot game can assure NetEnt fans that Jumanji slot will also have unique features.