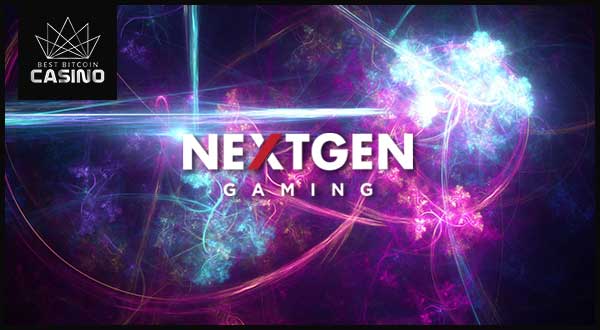 The new NextGen Gaming ARC Technology allows for quick third-party game delivery and can be used along with the company's Game Development Module.

NextGen Gaming launched a new proprietary technology that would increase the speed of delivery of third-party content to the iGaming market. Called the ARC, the new technology from NextGen Gaming allows external developers to easily integrate new content that operators worldwide can conveniently access.

The new NextGen Gaming ARC technology gives developers from other companies to gain more access to the Game Development Module (GDM). Thanks to the ARC, companies can easily release new games to the market through NextGen Gaming, a Sydney-based game development subsidiary of NYX Gaming Group.

NextGen Gaming’s GDM offers an end-to-game development and deployment capabilities to software developers. One of the obstacles in deploying any new games is through the use of a middleware. Making any new games work with a middleware can take a significant amount of time and money for a third-party company.

The ARC technology removes the problem of third-party companies relying on a middleware. This tech lets developers have more access to the GDM than before. Third-party developers can release their own proprietary game engine framework and servers within the GDM. Any finished games can be delivered through the Open Gaming Systems from NextGen Gaming or through other game aggregator platforms.

Two of the early third-party adopters to make use of the ARC are Game360 and Chance Interactive. Foxium’s latest ‘The Odd Forest’ title is an ARC based game as well.

“With ARC, we are delivering an efficient, dynamic and mutually profitable solution to our partners. ARC is a significant innovation for NextGen and NYX, making it easier than ever for external studios to integrate and enjoy truly optimal speed to market, while operators benefit from an even wider range of innovative content from our global suppliers.”

NextGen Gaming is a recognizable iGaming company in the industry. Its Open Gaming System is responsible for providing many Bitcoin gambling sites with high-quality games like the debut game on the proprietary HTML code NOVA, Owl Eyes slot. These sites include Vbet, 1xBet, and Bet-52.

The Open Gaming System can give operators access to crypto slots games, poker rooms, and other gambling products from more than 40 iGaming software providers. The platform makes use of a single-wallet technology to make it easy for a player to transfer and use his funds on the website.

NextGen Gaming’s platform comes with a full range of back-office tools that can give operators a detailed report on their casinos. These tools include a business analytic program and real-time data feeds from its players. Operators will also have a powerful marketing and campaign tool to help strengthen their brand. Several markets are open to operators thanks to the platform’s acceptance of more than 30 payment providers.