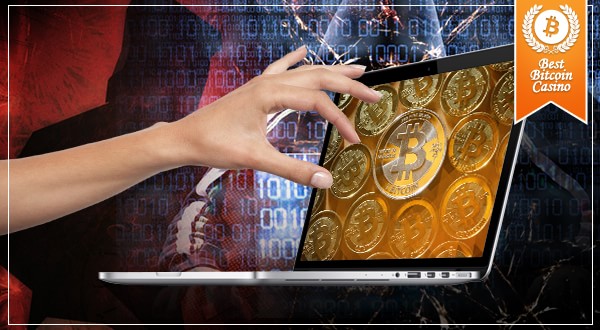 With recent news about online hacks and Bitcoin theft involving exchanges and casinos, will the Bitcoin casino market ever find itself in a better state?

Anyone immersed in the Bitcoin ecosystem may find himself asking just exactly when incidents of hacking and other kinds of attacks will leave the cryptocurrency world.

For the past several months, news of a Bitcoin casino suffering from a DDoS attack or operators running away with the customers’ BTC funds and any other form of Bitcoin gambling hacking threats made headlines—some even earning spots in the mainstream news.

Unfortunately, the series of such events still persists today, and it only feeds the fears of other people who are yet to adopt the new technology.

However, what is different this time is that the whole incident did not seem to have involved professional hackers. The exchange owner, instead, passed the blame to the loophole on WordPress, which had enabled the person or the group to work their way up to the wallet.

A total of 42 BTC went missing, 12 BTC owned by the exchange and 30 BTC by the customers, and this sum was more than enough to force the Bitcoin exchange to close and the operator to quit the cryptocurrency ecosystem.

The Allcrypt Bitcoin exchange became the latest victim, following the demise of other exchanges and Bitcoin gambling sites like Nitrogen Sports.

Stolen BTC forever in the dark

Moreover, there were even reports before that some of the BTC that were allegedly stolen from the customers of a Bitcoin casino appeared to have been deposited to a BTC-e wallet.

This time, however, this Bitcoin exchange made sure that it will not play the role of an accomplice to the two operators who managed to steal more than 41,000 BTC or over $12 million from its clients in the dark web.

The dark marketplace Evolution apparently left the Bitcoin space almost an hour after its public relations officer revealed on Reddit the plans of its operators, Verto and Kimble.

What did BTC-e do? It temporarily disabled its withdrawal services to prevent the perpetrators from dumping the stolen coins.

Will Bitcoin casinos forever be in danger?

It is rather common to ask this question. After all, with more than hundreds of bitcoins stolen from various Bitcoin businesses online, how will casinos be any safer?

Fortunately for the growing population of players who love betting on the bitcoin best games, operators nowadays have become more cautious in running their gambling platforms. They offer several security options and are transparent enough for the players to know the real deal about their status.

Likewise, with the proactive participation of the Bitcoin gambling community in creating a healthier and safer online betting environment, the Bitcoin casino market is bound for more success.

This is, of course, possible when such attacks cease to disrupt its continuous progress in the iGaming industry.