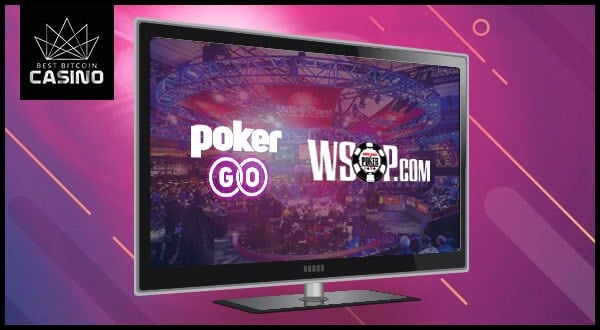 Poker Central has partnered with Twitch to stream selected tournaments and tables of every poker variation from the 2018 World Series of Poker on Poker Central’s Twitch channel.

The free Twitch WSOP stream will cover more than 31 tournaments and 25 final tables from as early as June 2 until July 14. The lead commentators for the Twitch coverage will be poker mainstay David Tuchman with support from reporter and poker player Jeff Platt.

Making the most of Twitch’s platform, Poker Central has delegated a rotating cast of famous online poker personalities and pros to answer comments and questions from the live Twitch chat.

“Year after year, our goal is to provide the highest quality poker content to as large an audience possible. To that end, we’re proud to work with our long-time partners at Twitch to produce and distribute additional coverage of the WSOP — the preeminent series in all of poker.”

Twitch recorded more than 15 million unique daily visitors last 2017.The service is most popular for personalities streaming games like League of Legends, Counter-Strike: Global Offensive, and Dota 2. Ever since its launch in 2011, the platform expanded beyond gaming and added non-video games sections like In Real Life (IRL) and Art sections. The Poker section has more than 600,000 followers.

The Main Event Is Here

While the Twitch coverage has an enticing array of tables and games, Poker Central has left the coverage of the best and largest tables to the website’s over-the-top streaming service, PokerGO.

PokerGO will stream tables that are not available in Poker Central’s Twitch coverage, at a price of as low as US$8.25 a month. Simmons, talking about the PokerGO coverage, said:

“We’re eager to continue our live coverage of the WSOP on PokerGO for the second year running. Our expanded coverage schedule including a wide array of poker variants will give our viewers even more opportunities to follow all the action of the world’s most prestigious tournament series.”

The World Series of Poker is considered as the oldest, largest, and the most prestigious poker competition in the world. First held in 1970, the WSOP continues to attract small and big-time poker players alike.

Bracelet events, including the US$10,000 no-limit hold’em, are the prestigious headliners of every tournament. Winners of these events will each receive a Golden Bracelet, considered as the most valuable non-monetary prize a poker player can win. With more than 1,083 Golden Bracelets awarded before 2014, this year’s 2018 WSOP will potentially award more with 78 bracelet events to be held.

The Twitch coverage of the World Series of Poker is scheduled on these dates:

| Related: Will Legal Online Poker Be Next in the US?