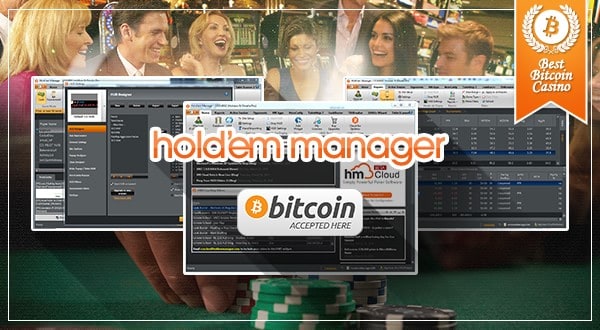 The poker industry headed by Hold’em Manager of Max Value Software has recently announced the acceptance of bitcoins for the purchase of some of their products.

Reputable and largest poker software Hold’em Manager has recently announced its acceptance of bitcoins for purchasing HM2 and HM Apps. The cryptocurrency is a new addition to payment methods that already includes Visa, MasterCard, American Express, PayPal, and Neteller.

Poker enthusiasts are now allowed to acquire Hold’em Manager 2, and those who already own the software, also has the option to buy Hold’em Manager 2 applications, as long as they’re not subscription-based. This means that Bitcoin can now be used to purchase such applications as NoteCaddy Premium, Leak Buster 4.0, and Tilt Breaker, to name a few.

Though bitcoins are not yet accepted for the purchase of subscription-based apps like TableNinja II and the Table Scanner 2’s Insta-Scan service, Hold’em’s move to integrate Bitcoin into their system, at least partially, is already a piece of good news for all Bitcoin enthusiasts who happen to be poker fans, as well. 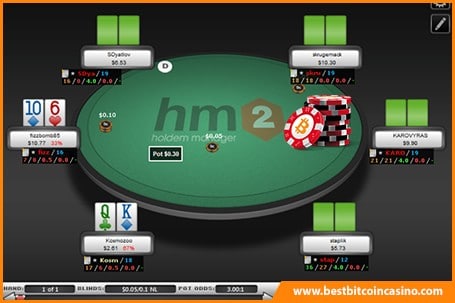 It can also be expected that the company will expand in its assimilation of Bitcoin into their overall system as insiders at parent company Max Value Software have shared reports that the poker software company also plans to accept bitcoins for the purchase of PokerTracker 4.

Max Value Software is the parent company of both Hold’em Manager and PokerTracker, two well-known and highly sought-after poker analysis software products. Among these two, Hold’em Manager is the first and the only one that accepts bitcoins, at least for now.

Poker enthusiasts can only speculate that the combination of these two premier poker gods accepting bitcoins can take both poker and Bitcoin usage to immense greatness, which will then entail others to follow for fear of losing customers who are interested in making payments while observing anonymity which is common in Bitcoin casino sites.

Furthermore, the decision to accept bitcoins for some of Hold’em Manager’s poker products can take the cryptocurrency’s legitimacy into the next level, as this further proves various claims that Bitcoin is a practical alternative currency to buy and sell goods and services. As mentioned, this will also set an example for other poker companies to do the same to keep up with the innovative trend.

Despite Bitcoin’s value dancing around erratically, going from up to $1,200 in 2013 to only $230 today, there are still positive indicators that the cryptocurrency has still got a lot to show based on an increasing number of merchant adoptions. Online gambling, for one, continues its support for Bitcoin poker, so are the customers that use coins to maintain anonymity. Even those merchants that provide basic services like restaurants and hotels are now part of the digital currency trend.

The poker industry’s decision, spearheaded by poker software giant Hold’em Manager, to finally use bitcoins in their transactions, is a good start to expect more windows of opportunities to open soon.