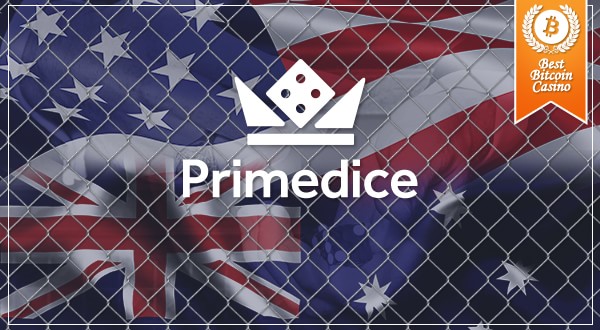 Bitcoin dice site Primedice banned its US and Australia clients in light of the recent legal matters concerning Bitcoin and online gambling.

Bitcoin dice site Primedice announced the halt of their operation for both US and Australia-based clients due to legal concerns in both countries. The announcement was made public via Bitcointalk with an elaborate response toward the countries’ legal landscape.

According to Primedice owner Stunna, the team had decided to stop servicing both countries because of the unpredictable flow of the regions’ jurisdiction when it comes to Bitcoin. The verdict was made in order to prevent future and possible legal hindrances of the casino.

“While Primedice is neither operated nor based in the USA, we’ve chosen to take proactive measures to mitigate long term risk for our users and service. The legal landscape is quickly shifting and we are choosing to completely block deposits from users located in what we’ve deemed as higher risk jurisdictions.”

Bitcoin faces vague legal issues in US and Australia

Stunna said that cutting the US off their supported countries resulted in almost 50 percent worth of losses on their client base. However, with the current legal reception of the state toward cryptocurrencies, Primedice feels much more at ease in the long run with their decision.

On the other hand, the Bitcoin dice site found it easier to let go of Australia due to the fact that the country only contributes 5 percent of their whole client base.  He added that blocking transactions from the Land Down Under was an “easy decision in terms of mitigating unnecessary risk.” 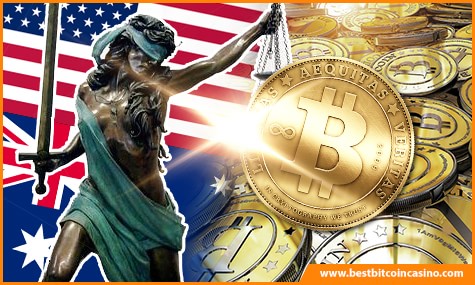 Meanwhile, Primedice is not the only Bitcoin-based casino to block US-based customers. SatoshiBet was among the list of Bitcoin casinos that restricted players from the US to gain access to various Bitcoin games online.

Seizing its operation in October last year, SatoshiBet emphasized that the US houses uncertainty for the gambling industry and has unpredictable regulations when it comes to casinos, forcing them to shut down connections in the region for the betterment of their platform.

Many Primedice followers speculate that the Seals with Clubs’ predicament influenced the decision of the Bitcoin dice website.

Micon’s arrest and the shutdown of Seals with Clubs are possible reasons behind the sudden shift of Primedice’s objectives.

Moreover, the majority of significant entities in the US still view Bitcoin as unconventional and unnecessary, especially in the frenzied realm of casinos and gambling.

Decision still made a positive response

Despite the terminated access of US and Australian gamblers to Primedice, many have seen the positive side of the decision.

Primedice followers have been posting and justifying the site’s verdict, stating that it was for the betterment of both the customers and the site. Some even quipped that “it is better to be safe than sorry.” 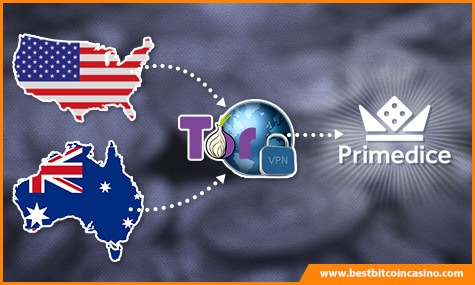 This incident did not stop gamblers from playing on the dice venue, though. Bitcoin gamblers from across the globe even tipped each other that the website can still be accessed via Tor and VPN.

However, disclaimers pointed out that the Tor browser is still open for possible information hacks and that VPN may only be accessible in certain areas in the world. Also, accessing the website through these services lies on the players’ discretion.

Despite the abrupt decision to exit major markets, Primedice’s decision did not lead their community to a ruckus. In fact, it even gave its clients more confidence, knowing that the dice betting website stands firm on the customer satisfaction and principles that result in a more solid client-based support group.