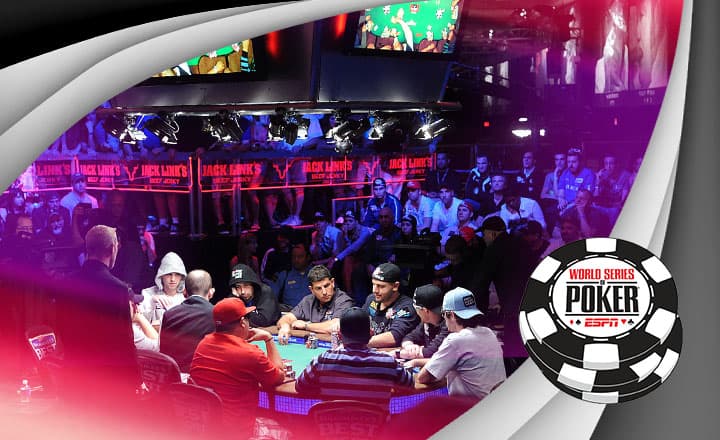 The 49th World Series of Poker in Las Vegas was declared a success after it broke a number of records, from the prize pool to the number of attendees.

Records were smashed in Las Vegas as this year’s World Series of Poker (WSOP) came to a close. Most poker players consider the WSOP as the largest, oldest, and the most distinguished series of poker tournaments in the world.

The extravagant 50-day poker event held from May 30 to July 17, 2018 has set milestone after milestone. A record 123,865 players from 104 countries flocked the Rio All-Suite Hotel and Casino to participate in the poker festivities, to fetch huge wins, and to get their hands on one of WSOP’s Golden Bracelets—regarded as the biggest non-cash prize a poker player can receive.

Around 18,000 gamblers shared with each other the prize pool worth US$266,889,193, the largest of any poker-related competitions this year. Meanwhile, online poker players also set the standard, with a record number of 2,900 players entering the US$365 WSOP.com Online No-Limit Hold’em Bracelet Event.

The event also recorded the largest non-hold’ em field size in WSOP history, with 3,250 entering the US$365 Pot-Limit Omaha GIANT tournament. In addition, a record number of 5,918 poker bettors played the largest seniors event in this year’s WSOP Seniors Championship.

“The 2018 World Series of Poker was another big success and it’s thanks to the loyal players that make it out to Las Vegas every summer. We love seeing the Main Event grow to numbers no one ever thought was possible in 2018 as well as positive reaction to our new events. The team will be hard at work to make sure this remains the premier poker festival in the world.”

The prestigious poker tournament was at its 49th year, with next year being its golden jubilee. The first-ever winner was Johnny Moss, the elected World Champion of Poker in the inaugural 1970 event by his poker fellows.

| Related: Every Beginner’s Guide in Playing and Winning Video Poker

This year’s champion, compared with Moss, won the Main Event after 442 hands and a gruesome 10-hour game of US$10,000 no-limit hold’ em on the final table.

John Cynn from the United States won his first-ever Golden Bracelet and loads of cash worth US$8.8 million after he beat fellow player Tony Miles. Cynn’s winning hand—a King and Jack of Clubs—trumped Miles’ Queen of Clubs and Eight of Hearts on the final table with the community cards King of Hearts, King of Diamonds, Five of Hearts, Eight of Diamonds, and Four of Spades.

Cynn, after the victory, said:

“Right now, I do feel pretty overwhelmed. The money is very significant, but I do like to think that I don’t need the money to be happy, but at the same time, practically, it’s going to make things a lot easier, things I want to do in life.”

His winnings ranked fifth in the largest Main Event prizes in WSOP’s history, quite far from the record-highest US$12,000 won in 2006. However, Cynn does not get to take home the entire prize money, admitting that he will only keep “a large percentage” to himself.

Avid poker enthusiasts who missed the World Series of Poker 2018 can watch replays of the events on demand through the over-the-top streaming service PokerGO.