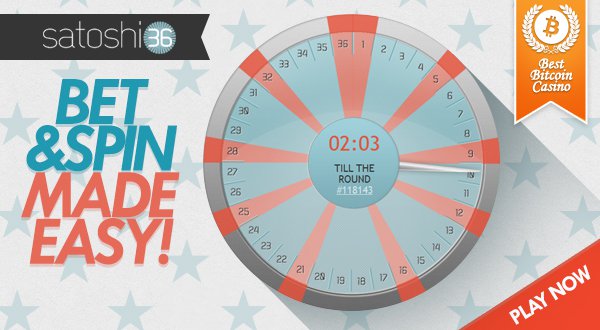 Satoshi36 may be simple, but it offers a transparent, perfectly fair lottery betting experience that complements the features of a Bitcoin casino market.

Lottery remains as one of the top betting options for the general population. Perhaps the fact that it does not involve heading over to the casino or that it is more socially acceptable makes this claim a reality. Whatever the reasons are, it enjoys the patronage of numerous bettors, both in land-based and online markets.

Thus, when Bitcoin emerged on the scene, along with the creation of a new form of online gambling, lottery was a sure addition to the services that comprise the Bitcoin casino market.

Satoshi36 was one of the very few Bitcoin lottery platforms currently in the business. Due to the features and components that come with it, it can be aptly called a new generation lottery that offers the same or even a much improved betting experience.

Banking on being a perfectly fair lottery, Satoshi36 guarantees that the clear and transparent algorithm it uses will ensure a healthy and user-friendly environment for all kinds of players. Although initially launched in 2013, this Bitcoin lottery brand still has the qualities that meet the standards in online gambling. 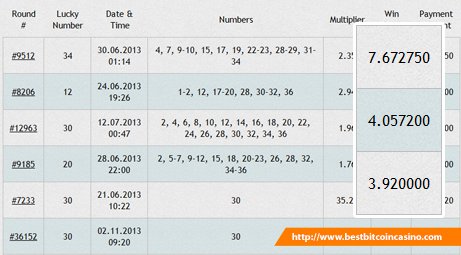 Anonymity in every bet is the norm on this platform as no account will ever be required, unless for those who have decided to become the brand’s affiliates. Therefore, each bet generates a new Bitcoin address that will receive the wager for all the numbers selected on the wheel.

While it may seem that this lottery game is plain and simple, the idea behind its conception is something worth noting. Aside from promoting an easy-to-use interface, it also aims to present the actual process of the game via the transparent methods employed from the depositing to the account up to the withdrawal of payouts—a feature that lacks in the traditional lottery games offered in real-money online and brick-and-mortar locations.

Despite the striking difference, Satoshi36 is also a great source of winnings as it has already awarded a number of players with the largest payouts since it started operating in the market. The highest payout ever to be received by a Bitcoin games player was back in June 2013 with an amount of 7.672750 BTC. This lottery game, however, still awaits another big winner this year.