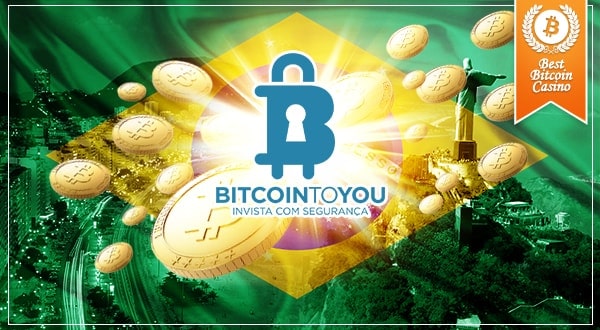 Bitcoin firm BitcoinToYou unveils their fourth office based in Brasilia, with the aim to improve mainstream acceptance of Bitcoin in Brazil.

The Bitcoin population continues to grow as Bitcoin brokerage firm BitcoinToYou added Brazil to its roster of supported countries. Located in Brasilia, this branch marks the fourth physical location of the firm’s office that will cater to the Brazilians’ concerns about Bitcoin and Litecoin.

Founded in 2010, BitcoinToYou aims to launch a widespread awareness of Bitcoin for the masses. The company has served over 5,000 customers through their years of service, and now aims to establish Bitcoin service centers across Brazil.

Moreover, the Bitcoin firm hopes that the launch of their Brasilia office will eventually serve as a convenient meeting spot for Bitcoin enthusiasts in the country that is at par with the renowned Bitcoin Center NYC, which is based in New York.

BitcoinToYou CEO Andre Horta said on his blog that Brazil’s office launch is tantamount to a momentous feat in the spreading of Bitcoin in the country. He also emphasized the importance of physical offices in promoting Bitcoin to the mainstream’s interest:

“We need to go beyond the obvious and see the important role of having physical presence in major cities of the country, thus promoting bitcoin, breaking barriers and showing that bitcoin is here to stay even to those who are skeptical.”

With this marvelous achievement in the Bitcoin ecosystem, it is certain to say that it is inevitable for the country to integrate the advantages of cryptocurrency in their mainstream business department. Moreover, Bitcoin in Brazil will continue to generate public interest alongside startups like BitcoinToYou.

Having these feats present, this may be the perfect opportunity for the Bitcoin casino market to broaden its horizons and venture into the Brazilian market. However, Brazil’s gambling regulation is not that stable yet due to numerous law interventions hindering the legalization of gambling. 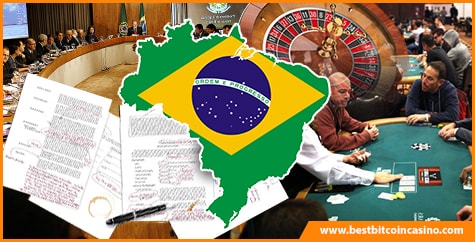 The legal status of gambling in Brazil continues to show no significant progress for the past year. Most form of gambling, including online gambling, are not authorized in Brazil’s jurisdiction, except for lotto, horse betting, and bingo. Thus, online bettors tend to hide within the shadows.

However, despite the disheartening developments of the legality of gambling in the country, several entities are continuing to pursue the legalization of both land-based and online casinos.

A particular bill that is geared toward the complete legalization of gambling in Brazil was proposed in 2014.

According to Sen. Ciro Nogueira, one of the bill’s supporters, casinos show great potential in contributing to the country’s economic and revenue boost.

He also said that almost 70 percent of United Nation’s members have legalized gambling in their respective countries, and have shown positive results since the regulation. Therefore, giving the politician more grounds to fortify the bill’s adherence to the country’s growth:

“Among the 193 countries that are members of the United Nations; 75.52 percent of them have legalized gambling, while Brazil is among the 24.48 percent who do not. According to some studies, if regulated, the gambling market could bring to the State new revenues for at least R$ 15bn. (approximately $6.8bn.) a year.”

To date, the bill’s status is still undergoing court hearings and further studying, which in result, still makes gambling prohibited in Brazil.

Nevertheless, since Bitcoin is starting to penetrate the country’s mainstream society, there is a high possibility that the government may reconsider accepting Bitcoin casinos due to having different natures and backgrounds compared to conventional gambling. 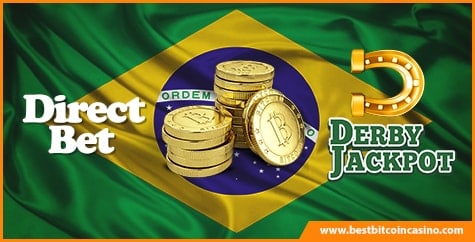 Despite being a bit taboo in the country, Brazil still has authorized betting activities. Thus, Bitcoin gambling sites like DirectBet and Derby Jackpot, whose flagship games are online sports and horserace betting, are assured of a warm reception from Brazilian Bitcoin players.

Moreover, SoftSwiss-powered casinos that feature excellent Bitcoin slots can also garner a positive amount of players because these Bitcoin games share the same familiarities with the regulated lottery and bingo games, which are present on casinos like FortuneJack and BTC-Casino.io.

Overall, there is a high certainty that the Bitcoin ecosystem will soon incorporate Brazil as one of their supporting countries. Not only Bitcoin companies like BitcoinToYou have already started spreading the knowledge of Bitcoin, but also, government officials are now doing the necessary procedures to finally legalize gambling within the region.

With everything in its respective space, it is safe to say that the Bitcoin casino industry stands a great chance to establish its domain in Brazil as well.