A Dragon’s Story by NextGen awards fiery wins of 2,500 times your bet. Plus, maximize your wins with Brave Sir William mini-game, free spins, and more.

A Dragon’s Story: A Blazing Slot Game With Fiery Wins

A spinning spree right inside a dragon’s lair? Sounds crazy…good!

Dragons have always been a favorite theme for crypto slots games. NextGen Gaming took this standard to the fiery and quirky side with A Dragon’s Story slot. In this game, you will meet Ruff—a charming dragon with a mission: to guard a lair full of gold from Sir William, a greedy gold thief. Help Ruff in protecting his treasures, and you will get shining rewards in return. Sounds fun? Know more about the game in this review.

With dragon’s as this slot’s theme, you might expect the game to feature gritty graphics and thrilling elements. NextGen Gaming turns the table by using vibrant and colorful graphics. The game is set right inside a rocky dragon’s lair. Transparent reels frame the games’ symbols, which consist of dragons, knight burnt armors, crystals, and more. A gleeful Ruff is also standing right beside the reels, guarding every spin. Meanwhile, upbeat background music plays happily on the background as you play.

A Dragon’s Story is a five-reel, three-row slot that features 25 paylines and 95.62%. These betways are fixed, so you would need to stake at least 0.01 coins to 25 coins per spin for regular plays. But if you opt for the Super Bet feature, the stakes and the game’s RTP will vary. This feature lets Little Dragons blow fire on Wild symbols into Enchanced Reels.

To play the game, simply click on the arrow button. Better yet, activate the Autoplay feature to spin the reels on loop, from quarters of 1 to 100 spins.

As you spin, keep in mind that all payline wins will be paid from left to right on consecutive reels. Meanwhile, Scatter wins are awarded regardless of the symbols’ position.

Hot wins and fiery special features are waiting for you once you spin A Dragon’s Story. On top of the base game wins, this slot will make you look forward to these special features:

As staples on slot games, Wilds are what every bettor anticipates. In this game, keep your eyes on Ruff as he represents the Wild icon. Wild Dragons substitute for most of the symbols on the reels, except for Scatters. Not only that, landing five Dragon Wilds anywhere on the reels will give you 2,000 coins.

An amethyst-colored jewel represents A Dragon’s slot Scatter symbol. Scattered Jewels are the highest-paying symbol of the game, awarding up to 2,500x multipliers. These jewels are also the key to trigger the free games feature.

Brave Sir William is a bonus round that rewards you with free coins. In this round, Sir William will dare to enter Ruff’s lair. Teach him a lesson by sending him some fireballs. The more treasure he drops, the bigger the prize you will get.

Activating all of these features would be a challenging. But as with other games of luck, you just need to spin away and enjoy the game. 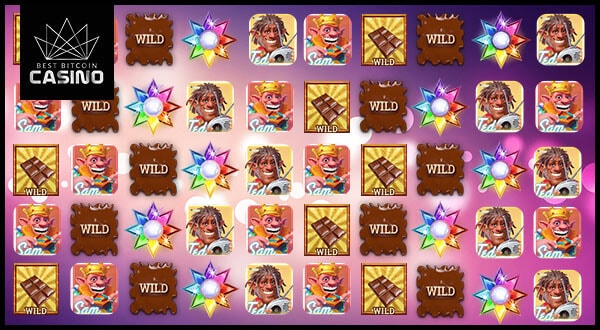 Should you play A Dragon’s Story Slots

Ruff will certainly return you the favor of being his apprentice. The game features entertaining gameplay that you will play for hours. On top of that, you will definitely have blast with bonus games, special symbols ready to surprise you as you spin. Of course, being friends with Ruff the dragon is also a plus. Give this game a spin today for a chance to get your hands on free spins and fiery wins.