The Spanish Armada is a slot by Belatra Gaming that features sticky Wilds, free spins, and Gamble features. Discover more features in this review.

The Spanish Armada: A Slot Game Worthy of Your Gaming Sessions?

Belatra Games continues the trend of designing slots with 2D graphics and simple sounds. As you load the game, you will be taken to the middle of the ocean, presumably on a ship involved in the war. It is up to you to take sides—the British or the Spanish. Either way, you stand a chance to cash out rewards.

The grid has symbols that include historical characters, such as Sir Francis Drake and the Duke of Medina Sidonia. On the other hand, there are icons related to ships and conquests: swords, barrels, and coins, among others. Overall, there is nothing that interesting with The Spanish Armada’s audiovisuals, but they are enough if you are after simple betting sessions.

The Spanish Armada has 100 paylines, the most number of paylines found in a Belatra Games title. You have a flexible betting range in which the lowest you can wager is 50 coins. On the other hand, you can press the Max Bet button to set your stake to 2,500 coins, if you are up for the adventure.

The fruits of the battle will soon be upon you once you trigger the game’s special features. Watch out for the following rewards on The Spanish Armada slot:

The game’s Wild symbol is easy to find as it is the ship with the name of the game. This substitutes for all icons in the game, except for Scatters.

Three or more Cannon icons will trigger seven free games. When this happens, cannon balls will rain down the screen and will cause Wild symbols to stick for the entire round. Three up to 10 Wilds could stick on the reels, giving you bigger chances of landing huge wins.

The Risk Game is a staple feature on Belatra Games titles, letting you win double or quadruple your winnings. Choose Dealer, and you win if your chosen card has a higher value than the dealer’s card. On the other hand, you will win on Red-or-Black if you guessed the correct color of the facedown card.

It is clear that The Spanish Armada does not have engaging mini-games like the ones found on other Belatra Games slots like The Elusive Gonzales. But if you do not mind having a few bonuses, this game should be enough. After all, the free spins and sticky Wilds will still help you win large rewards.

Should you play The Spanish Armada Slot

The Spanish Armada will definitely not appeal to all kinds of players. If you are after spinning the reels for a chance to activate mini-games, then this game is not for you. In this case, try looking for slot games with more special features.

The video slot, though, will appeal to you if you prefer simple gameplay. The graphics and sounds are simple but charming enough. Plus, you have sticky Wilds, free spins, and Gamble features at your disposal. With these bonuses, you could be the lucky one to take home the 5 million coin prize. 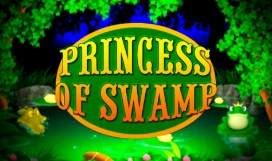