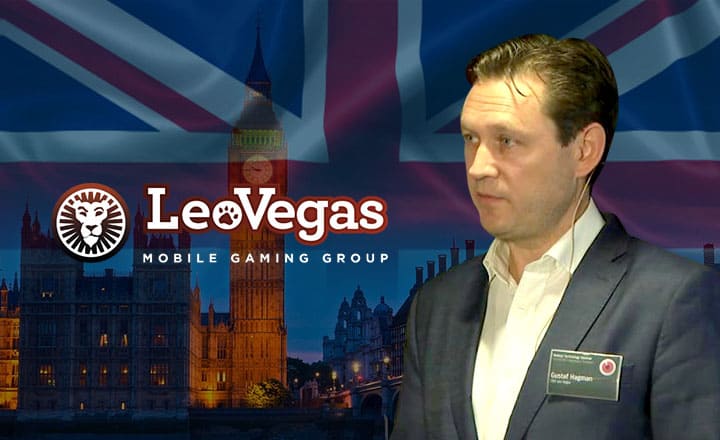 The overhauled sportsbook offers odds on some of the biggest sporting events in the world, including European domestic football leagues, cricket matches, and British horse races, among others. Players can also place in-play bets on this site.

Moreover, BetUK has a selection of live casino games, scratch games, slots, and table games. Some of the familiar titles on the site include Starburst, Rainbow Jackpots, and Gonzo’s Quest.

On January 2018, LeoVegas acquired BetUK—together with Slotboss, 21.co.uk, and other online gaming brands—from Intellectual Property & Software Limited for a reported £65 million. Gambling activities conducted on BetUK, and other LeoVegas gaming brands in the United Kingdom, are licensed and regulated by the UK Gambling Commission.

“Since its start LeoVegas has adhered to a successful, global brand strategy. The UK market is very large and mature, which creates scope to work with more brands that attract different types of customers. BetUK.com is a premium domain with a very strong link profile that ranks high on Google and other search engines. It is a very exciting move, and I am convinced that it will be a success with strong and sustainable growth.”

Meanwhile, another LeoVegas-related company made news in the British gaming scene with a new deal.

This week, online game supplier Authentic Gaming—a subsidiary of LeoVegas—has signed an agreement with the UK-based Aspers Group. The deal allows Authentic Gaming to distribute live streams of roulette games from one of Aspers’ casinos to online casino operators.

The games will be streamed from the Aspers Casino Westfield Stratford City in London, the largest land-based casino in the country.

“This is exciting for a number of reasons, including adding the UK’s largest casino to the Authentic Gaming network but also because we see live streaming as a key strategy for our own digital gaming product online. It will… allow our retail players to carry on enjoying the true Aspers experience even when they are not in the casino”

“Authentic Gaming continues to deliver on its growth strategy and has entered into yet another strategically important agreement. At the end of last year the company signed an agreement with the gigantic Foxwood Resort Casino in the USA, and this is now being complemented with the UK’s largest casino.”

The live roulette games will be available on Authentic Gaming’s client online casino operators, including LeoVegas, Mr Green Casino, and Unibet Casino, among others.