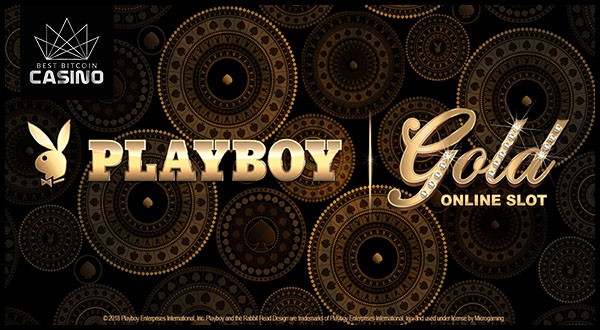 Microgaming aims to remake adult slots with its launch of Playboy Gold slot. The new Playboy game breaks the norm with its three fresh and sexy features.

Playboy Gold slot from Microgaming goes live in online casinos across the globe. It is the first production of Triple Edge Studios under the Microgaming banner, and is a hot new take on adult slots.

The new Playboy slot is more than a typical 5×3 video slot with pictures of half-naked women. Playboy Gold is a different kind of seductive slot with its whopping 6×10 reels and unique features. Here are three reasons why everyone will want to spend time with the playful bunnies in this new Microgaming slot. 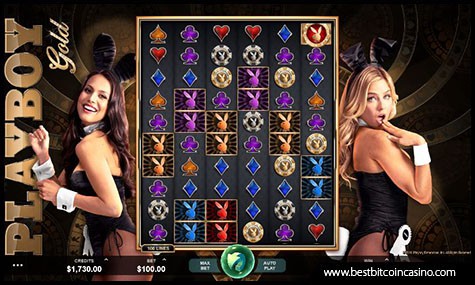 The Jumbo Block symbols of Playboy Gold are massive 4×6 versions of this slot’s high-paying symbols. These blocks are not just huge stacked symbols. When a Jumbo Block completely lands in the middle of the reel, the Jumbo block triggers one of three bonuses.

One of the Jumbo Block bonuses is the Credit Prize feature that rewards players with up to 30 times their bet. Another bonus is a bet multiplier of up to five times the payout amount when players form any match with a complete Jumbo Block on the reel.

The most exciting Jumbo Block bonus is the Respins feature wherein players receive up to four free spins. This bonus expands the Jumbo Block from 4×6 to 4×10. During this bonus, only the Wild symbol appears on the first and sixth reels. Each Wild symbol in this bonus uses a sticky feature wherein the symbol stays until the player runs out of free spins. The payout is computed at the end of the bonus.

The Scatter mode of Playboy Gold rewards players with three other bonuses. This includes a random cash prize that is similar to the Jumbo Block bonus.

The Free Spins mode rewards players with 10 free games and a couple of features. This includes the appearance of the Wild symbol on the first and sixth reel. In addition, the appearance rate of Jumbo Blocks significantly increases during the Free Spin mode.

Match Bonus is the third Bonus Wheel Feature. In this feature, players pick cards on the screen until they find a matching pair. Each pair rewards players with a random cash prize wherein they can win up to 10 times their bet in this game.

It is not a Playboy slot without any Playmates. Microgaming did not spare any expenses as it included six popular women who graced the cover of the most-recognized adult magazine.

There are the hosts: Raquel Pomplun and Audrey Allen. These bunnies playfully show off different poses next to the reels. The Jumbo Blocks feature shows Stephanie Heinrich, Hiromi Oshima, Gia Marie, and Carly Lauren. Every playmate strikes different poses throughout the various modes of Playboy Gold.

Apart from the Playmates, there are some interesting references to Playboy in the game. The 6×10 reel structure, for example, is the right shape and size for the magazine’s centerfold. Playboy is popular for its large centerfolds that contain the best photo of the feature Playmate.

Another reference is the Playboy Club key that triggers the Free Spins mode in the Bonus Wheel feature. Members of the club need to present these keys to enter the establishment. These keys are symbolic among longtime readers of the magazine.

Playboy fans and any slot enthusiasts can find Playboy Gold in online casinos with Microgaming slots. The new game is in an HTML5 format which makes it compatible with desktop computers and mobile devices.