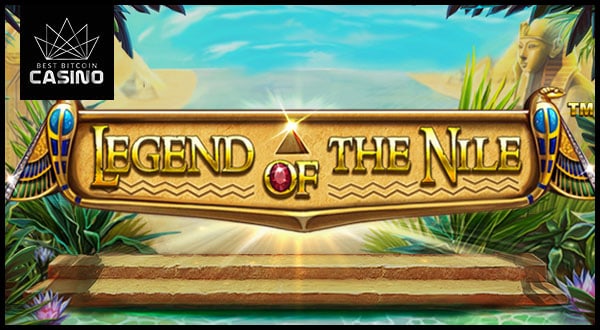 Betsoft Gaming has just released its latest Egyptian-themed slot called Legend of the Nile, which boasts many incredible features that sure to bring in a large crowd.

Following the recently launched slot games like Blood Eternal slot and Giovanni’s Gems slot, Legend of the Nile slot by Betsoft is a welcome addition to the expanding library of Bitcoin casinos. On top of the theme, the distinct structure and gameplay onboard makes this one of the Bitcoin slots players should check out. Here are the core features that make Legend of the Nile slot worth spinning. 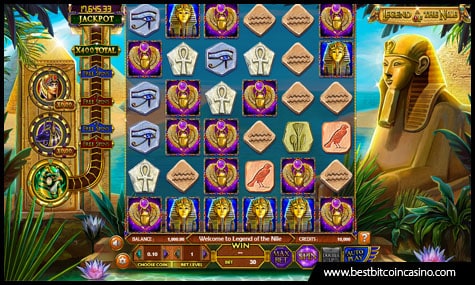 The main attraction of Legend of the Nile is its Cluster Wins feature. To match symbols in this game, at least four similar symbols only need to touch each other.

The only symbol that does not follow the Cluster Wins rule is the Ra symbol. A single Ra Symbol can match itself regardless if it is touching four other Ra symbols.

One of the advanced features of Legend of the Nile is its Ra Power. Ra Power triggers six features when players can get a certain amount of its symbol to appear on the reels. Each time a Ra symbol appears, a Power Bar fills up to the right. The Power Bar resets in each new spin.

At least eight Ra symbols provide the Scatter mode which rewards players with eight free spins. Filling the bar to the 17th square will reward players with 400 times their total bet. Getting the bar to full capacity or having 20 Ra symbols appear in a single spin will trigger the Progressive Jackpot feature.

Anubis Trail is another Power Bar feature that gets filled when players catch the Anubis symbol. Unlike the Ra Power feature, the Anubis trail does not reset in every new spin. The Power Bar continues to fill until the player triggers the Anubis Free Spins.

The Isis Trail also changes the payout rate of the Isis symbol. Instead of giving 10 coins, four Isis symbols will give 40 coins. Meanwhile, matching 20 or more Isis symbols reward players with 15,000 coins instead of just 5,000.