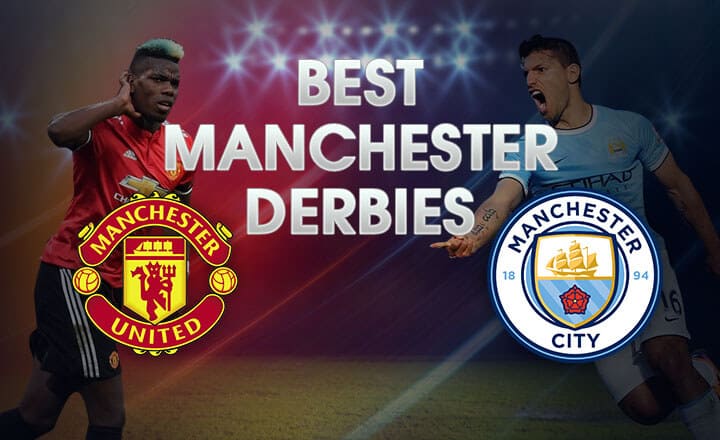 City and United will face each other this weekend for the awaited Premier League fixture. Here are five of the best Manchester derbies in the last decade.

The Cityzens against the Red Devils, Manchester versus Manchester.

Two of the biggest football clubs in England will face each other once again this weekend, as Manchester City welcomes their struggling neighbors Manchester United to the Etihad for the first Manchester Derby in this season’s Premier League.

The heated rivalry between the two teams has produced some of the most exciting matches in the English top flight for the last decade. Here are five hottest Manchester derbies that have wowed football fans in recent memory.

In September of 2009, City equalized the score in the 90th minute thanks to Craig Bellamy. The Sky Blues looked to have stolen a point from then-reigning league champions United until an unlikely hero saved the Red Devils. Michael Owen, an English legend who spent most of his career in bitter rival Liverpool, scored six minutes into added time to hand his Red Devils the victory. After the match which ended 4-3, United Manager Sir Alex Ferguson called the match “…the best derby of all time.”

With the game tied at 1-1 in February 2011, talismanic striker Wayne Rooney scored the winning goal at the 78th minute to send the Red Devils ahead and produced what could only be described as one of the most memorable goals in United history. The ball was crossed to Rooney, who proceeded to bicycle kick it to the back of the net. The celebration was as glorious as well. Rooney stood with his arms stretched, looking to bask in the glory.

With more investment flowing into the club, City wanted to overcome the nickname of “noisy neighbors” and turn into the “better neighbor.” And what better way to introduce oneself to the world than by trashing the then-defending league champions and Champions League finalists United at their own home in Old Trafford?

The Sky Blues ran riot and ended the game 6-1, with three goals scored in the last five minutes. Later that season, City snatched the Premier League from United in the dying minutes of the whole season.

While not as record-breaking as their 6-1 win, City’s 4-1 victory in September 2013 has shown their tactical superiority over United. While the Red Devils kept the ball longer, the Sky Blues took more shots on target, blocked more incoming shots, released more key passes, and completed more tackles and interceptions. United lost control of this game in the early minutes, and lost their dominance in the city as well. Since this season, which City eventually won, United has always finished below their rivals.

City under Pep Guardiola has flourished in the Premier League in this season, mesmerizing teams with the Spaniard’s trademark football. In fact, a win in this derby at the Etihad would mathematically seal City’s third league title since 2011. The Cityzens left for halftime talk leading 2-0.

United, however, wanted to spoil the party of their bitter rivals. Three goals for United in the second half did postpone City’s title celebration for just a little while.

For the first meeting between the two Manchester clubs, online sportsbooks favor the undefeated City to claim victory once again over United. William Hill offers the odds of 4/11 for a City win, 13/2 for United, and 9/2 for a draw.

Football fans and interested bettors can place a bet on Manchester derby odds in mBit, Casino-X, and other Bitcoin sportsbooks.