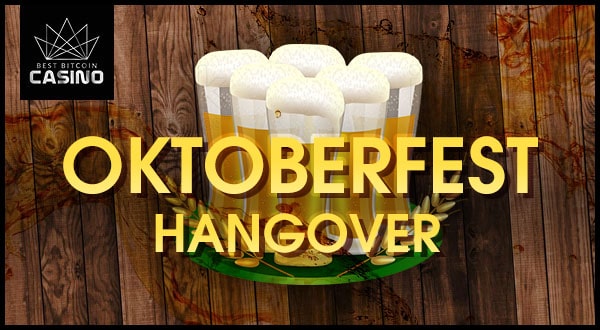 Beer festival month is a good time to visit Bitcoin casinos and play Oktoberfest slots. There are three Oktoberfest-themed slots that are worth a pint.

Bitcoin casinos are the best place to treat your Oktoberfest hangover. There are three Oktoberfest Bitcoin slots that will get players raising their stein for more.

The first beer festival to check out is Heidi at Oktoberfest slot from Red Rake Gaming. Another is WMS online version of its Bier Haus slots. Finally, NYX Gaming is tapping its keg with its classic Oktoberfest slots game available in top Bitcoin casinos. 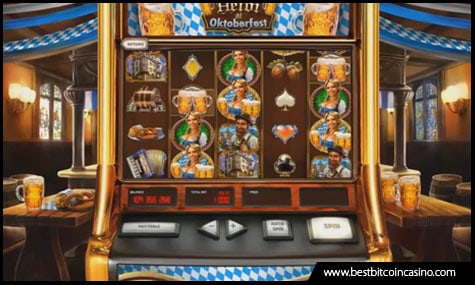 Heidi at Oktoberfest slots game is one of the most recent slots from Red Rake Gaming. This slot uses a 5×4 grid and has 25 pay lines. Its highest-paying symbol is the man wearing traditional lederhosen clothes.

Beer House or Bier Haus from WMS Gaming is somewhat similar to Heidi at Oktoberfest slots with some slight differences. This slot also uses the same 5×4 grid but has 40 pay lines instead of just 25. Its highest-paying symbol is also the men wearing the lederhosen costume.

Oktoberfest slots game is a classic video slot from NYX Gaming themed after the German festival. It uses a 5×3 reel structure and nine pay lines. The highest-paying symbol in the game is the Wild symbol which can give more than three times the payout than the Women symbol.

There is a Beer Barrel Bonus feature that can be triggered by getting at least three of the same Bonus symbol on the reels. The similar bonus symbols must be matched across adjacent reels to trigger the bonus.