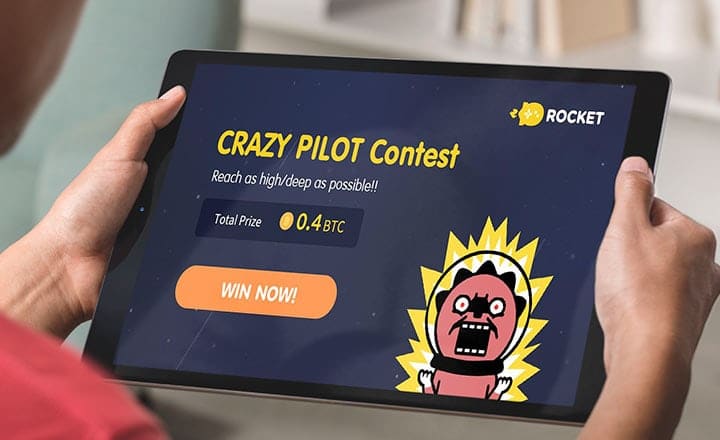 Crypto players have their eyes on the 0.4 BTC prize pot up for grabs through Rocket.run’s CRAZY PILOT Contest announced on Monday, 1 April.

Reach as high/deep as possible and become the winner!

All players can increase their chances of reaching the top three spots by playing both games. A player can finish at the top for the two games and win a combined prize of 0.2 BTC.

At the same time, a player can reach at least the third spots for the two games, and this will result in 0.06 BTC.

All registered players at Rocket.run can join the CRAZY PILOT Contest, but must ensure they follow these conditions:

Everyone can monitor the CRAZY PILOT Contest leaderboard for both Rocket Run and Aqua. The contest will end on 8 April 23:59:59 (UTC).