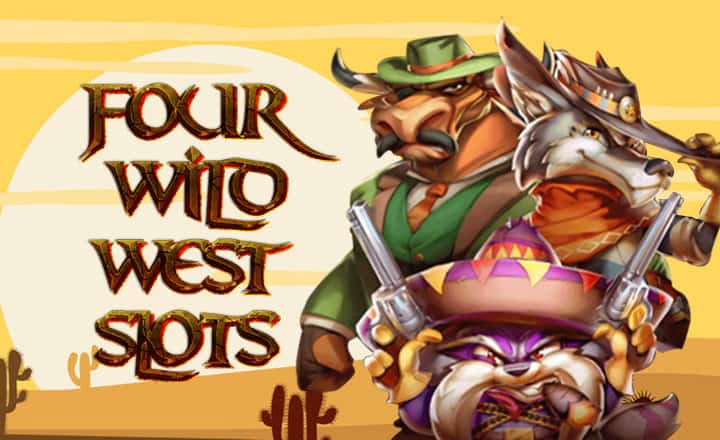 Enthusiasts of cowboys in 19th century America are delighted with the release of a new Wild West game. Know more about The Wild 3 and other Wild West slots.

The famed Wild West period in 19th century America has captured the heart of many fans through different mediums, from music to movies, and this time, online slots.

Cowboys and revolvers have been spinning on multiple reels for a very long time, awarding lucky bettors with huge jackpots. Among many titles in the library of Wild West games, only a number of them are worth a try.

Here are three Wild West-themed games bettors can bet their lives (and money) on.

NextGen Gaming’s new The Wild 3 is a three-row, five-reel slot with 10 paylines and a theoretical return to player (RTP) percentage of 95.535.

The Wild 3 challenges bettors to complete a set of three randomly selected missions before reaching the game’s Rob the Rich Feature.

This feature gives bettors the chance to pick three among 15 moneybags appearing on the screen. Each of the bags conceals different prizes, including bet multipliers and additional moneybag picks.

Players can also place an additional wager on this game to improve their chances of winning. Staking 20 coins would allow Racoons, Coyotes, and Bull Wilds to appear in the middle reel, all of which have distinct features.

The Wild 3 is available on LeoVegas and other online casinos.

Quickspin’s Sticky Bandit features a larger than usual 5×5 slots with 30 paylines. Players of this Wild West slot can place bets ranging from 0.15 to 90 coins. The game’s theoretical RTP stands at 96.58 percent.

Bettors can get free spins by landing the locomotive Bonus symbol on the first reel and a Wild symbol on either Reel 2 or 4. Staying true to its name, Sticky Bandit keeps any Wilds appearing on the reels during free spins. The game also features a Massive Wild, occupying 5×2 places on the slot.

Many Bitcoin casinos, including Sportsbet.io, include Sticky Bandit in their online gaming offerings.

A game so good it was named twice, Wild Wild West is one of NetEnt’s successful attempts at bringing America from more than two centuries ago into today’s online space. This three-row, five-reel game has 10 fixed paylines with an RTP of 96.7 percent.

One of the game’s biggest features is the Pick and Click, in which players literally pick and click one among three golden vaults. Players can activate this feature by landing three Bonus symbols on the first, third, and fifth reels. Hidden inside the golden vaults are multipliers ranging from 5x to 50x.