Platipus is a United Kingdom-based software provider that creates fun, creative games that are available for play on both desktop and mobile devices. 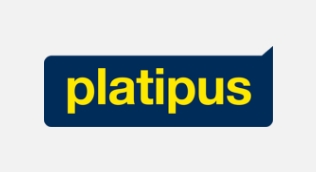 Launched in 2014, Platipus claims that its focus goes beyond developing software. This United Kingdom-based company boasts a competitive advantage over other game-makers in the online gaming space as it studies both technical and consumer-oriented trends. As a result, bettors in its client casinos can play eye-catching and fun casino games.

Platipus’ team of developers comprises of passionate casino games enthusiasts who constantly look for new ways to make gameplay more exciting. These team members think big, creating titles that cater to gamers across the world. It is no surprise, then, that big gaming companies like EveryMatrix, Slotegrator, and SoftSwiss manage to form partnerships with Platipus.

The software developer does not boast a huge game library, but it does ensure that its titles are fun to play. It currently hosts over 30 video slots and plans to release table game titles in 2019.

Platipus’ team of developer ensures that the games are not only fun to play but that they also load fast. The titles have the latest HTML5 updates, making them compatible across all devices and ensuring that there is shorter to no downtime. Casino operators can also be sure that they can contact Platipus’ support team at any time should any concerns arise.

On the other hand, gamers can play with peace of mind. This is because Platipus’ random number generator has a certification with iTechLabs. Moreover, the game-maker complies with the standards of several gaming regulatory bodies, including the UK Gambling Commission, the Alderney Gambling Control Commission, and the Malta Gaming Authority, to name a few.

On the other hand, casino operators can expect fuss-free integration of Platipus’ games into their platforms. Even better, the software provider ensures that it customizes the features and functionalities of its games based on its clients’ needs. Platipus accepts adding multiple-language support to its games to ensure that players across the world could have more convenient gaming sessions.

With its excellent slots and customized integration services, Platipus stands as one of the most popular game providers in the iGaming industry. The games of the software provider are definitely a great choice for players. At the same time, casino operators can rely on the company’s reliable services and round-the-clock support.