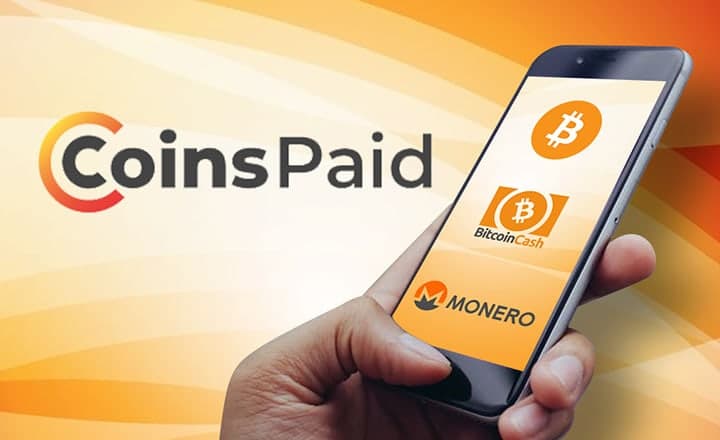 Businesses have begun seeking the services of crypto payment processor CoinsPaid after Cubits, one of its biggest competitors, went into administration.

A misstep from its competitor is enough for cryptocurrency payment gateway CoinsPaid to take the lead in the industry.

Companies looking to tap into the digital currency market have sought the services of CoinsPaid after the famous Bitcoin payment processor Cubits recently went into administration. Just after the recent SiGMA 2018 iGaming summit earlier this month, CoinsPaid have reportedly begun discussions with multiple businesses regarding potential partnerships.

CoinsPaid is a payment gateway for online businesses, with support for at least 10 cryptos including Bitcoin (BTC), Bitcoin Cash (BCH), Litecoin (LTC), and Monero (XMR), among others.

This service provider—in relations with gaming software company SoftSwiss—can count on mBit Casino, BetChain, and iCE3X as some of its happy customers. Many in the know expect this list to continue growing as it seemed that the death knell of CoinsPaid’s biggest competitor has been rung. 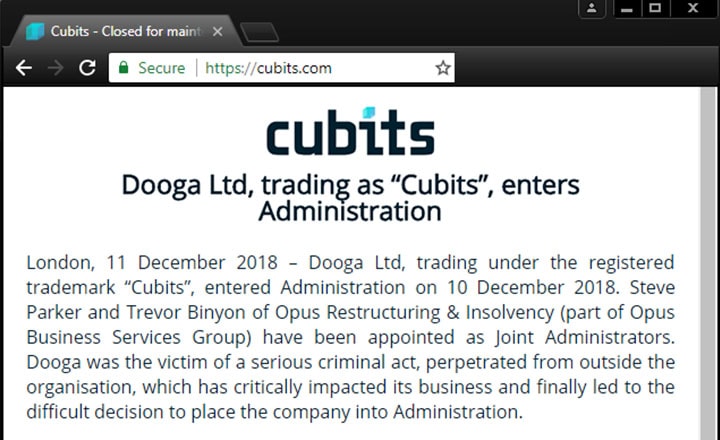 That competitor, Cubits, is in a state of disarray as of late.

After its service suddenly went down, Cubits notified its clients that the company “was the victim of a serious criminal act” and has entered into administration consequently.

In a related court case, the United Kingdom-based company—under the name Dooga Limited— alleged that Malta-based company PaySec colluded with three of the former’s clients in stealing €29 million worth of bitcoins in February this year.

As the theft “critically impacted [the company’s] business,” Cubits has since shut down its operations without warning. This has left many Bitcoin holders in the dark, with no recourse to access their crypto funds from the currently inactive platform.

“Sent email to Cubits team on December 2 for the release of my 4 BTC, no reply up to now. Support not helping either. Still couldn’t take out my funds from Cubits.”

Have we been robbed by cubits I’ve been waiting for a withdrawal since the 6th of dec and the company won’t give me a straight answer.

They got hacked on february, I transfered the money 26th of november they still accepted my purchase even though they knew they will not give me any btc and will shutdown 2 weeks later… I call that scammers…

Meanwhile, top executives have reportedly jumped from the sinking ship that is the embattled Cubits.

Based on his LinkedIn account, Bitcoin expert Max Krupyshev has ended his tenure as Cubit’s CEO just last November. In addition, two more high officials have supposedly resigned from their respective posts in Cubits’ Malta office.

These recent developments have cost Cubits a number of business opportunities. Reports suggested that the payment processor has lost at least two big operators because of the ongoing debacle.

“We trust in our crypto iGaming assets and are happy that a lot of players can enjoy the reliable crypto processing service of CoinsPaid, available at all Curacao and Estonia-licensed brands on SoftSwiss casino platform. Many operators missed this open door to the future of gambling and we are happy to help them by advice and experience. It’s never too late to migrate a brand to SoftSwiss platform and use the powerful crypto processing possibilities of CoinsPaid.”

If Cubits’ problems are left unresolved, observers on the iGaming community expect businesses to move to more dependable payment processors, most notable of which—according to many of them—is CoinsPaid.