Bitcoin keno is a chance to snag huge crypto wins – if you pick and match the right set of numbers. Select your preferred software provider and enjoy Bitcoin keno gambling now! 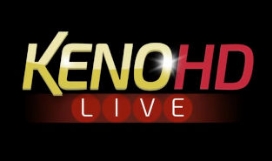 What Is Online Keno?

Whenever we review online casinos, there is one game that often gets overlooked in the sea of Bitcoin casino games. It’s high time online Keno deserves mention. Even though this game tends to fly under the radar, almost every Bitcoin online casino features it in some way, shape, or form.

Folks who play Keno say that the odds of winning are not as favorable as games like video poker or blackjack. And yet, the odds of winning online slots or scratch cards are also slim, but people continue to play them. In other words, playing online Keno games is a good way to put your luck to the test. After all, there is a charm to this underdog casino game.

In short, you can very much play Keno online with Bitcoins. It’s just a matter of finding the right Bitcoin casino with Keno. Some require playing using casino tokens that can be exchanged for Keno tokens. We’re here to help you find Keno games that are completely optimized to work with cryptocurrencies.

The good news is there are Bitcoin keno casino sites with an RNG based on a provably fair algorithm. This means that you can check every single number ever drawn from the same Keno game, provided you have the correct hashcode.

How to Play Keno Online?

We’ve seen many players boot up online keno, take one look at all those numbers, and quit right then and there. On paper, the game does seem confusing while some players just don’t have the patience. One could argue that Keno is exactly that – a game of patience.

Unlike in the traditional lottery, you pick a number between 1 to 20 times. Normally, most Keno games only let you pick 1 to 10 times, but finding Bitcoin Keno casinos that allow up to 20 picks is not so uncommon. We already mentioned that your bet amount doesn’t increase, but your potential winnings increase and decrease depending on how many numbers you pick.

The chances of that last bit happening are slim but it’s not impossible.

After selecting your bet amount and numbers, the drawing of numbers starts. Click on the Play button and the AI randomly selects 20 numbers from the board. Depending on how many you’ve guessed, you collect your winnings. When the drawing ends, you receive your keno payouts (if any) and have the option to start a new round. Rinse and repeat.

Unfortunately, just like the lottery, there is no way to determine which number will pop up next. This explains why many consider Keno a purely luck-based game but there are ways to make your online Keno games more enjoyable.

We may not be able to help you influence your luck, but here are simple tips to getting started with Online Keno Games and make playing Keno a more enjoyable experience.

Online Keno also comes in demo mode (most online casino games do). Before you click to play casino games, a Play Demo button should be nearby. We highly recommend you play Keno a few times with no strings attached just so you get the feel of the game.

Play Keno Online in its demo mode until you are ready to play real money online keno. After that, move on to the next step.

We’ve said it before and we’ll say it again: Keno is a luck-based game. There aren’t any strategies that can help you win. Heck, even traditional betting strategies like Martingale or Fibonacci cannot help you win Keno.

Because of this, don’t overthink it. Just pick the numbers that look good to you and hope for the best. It’s that simple. Overthinking things can get stressful. Keno is just a game and the whole point is to make wild guesses and let fate decide.

The quickplay feature is your friend

Because of the way how numbers are always picked at random, it’s not worth it to change your numbers after each bet. Fortunately, casinos know this too well, which is exactly why they added the Quickplay feature.

With quickplay, you can watch those random numbers fly. Select this option, pick how many turns you want to play, and keep your fingers crossed. Keno players benefit from this feature greatly (which is available for many other Bitcoin casino games as well).

Go Feng shui on your Keno board

Keno was invented in China and early Keno players liked to place an equal amount of numbers on both sides of the Keno board. Half go on numbers from 1-40 while the other half go to numbers from 41 to 80. This is pure speculation but there are people who claim that their Keno game has improved ever since they implemented this Yin-Yang way of strategizing.

Way tickets borrow a lot from Horse Betting. When playing a Way ticket in online Keno, players are about to group their numbers. For example, you can bet on 1,2,3, and maybe 51,61, and 71. When you place numbers in groups, you can also bet on both of these groups each group bet will cost you an additional wager. In the case of the example above, players will be placing one bet on all 6 numbers, another bet on the 1,2, and 3, and the third bet on 51, 61, and 71.

Similar to way tickets, with combination tickets, players can bet on groups of numbers. However, this time, the numbers don’t need to stand together. In fact, players can, pretty much, make these groups however they want. Bet on 10 numbers, for example, and then create a bunch of groups with 2, 3, or 4 numbers. But remember, just like with Way tickets, each group is going to cost you an additional bet.

King tickets can only be used with the above two tickets. So when playing Way tickets or combination tickets, players will get to pick THE KING. This king is going to be one number that can be added to every single group. For example: if you have a group of numbers 51,61, and 71 and another group with 5,6, and 7 you can pick a king number, let’s say 80 and add it to both groups. Now each group has 4 numbers and in both cases, that number is 80.

If you’ve ever seen the lottery bonus, you’ll know this one for sure. A bonus spot can be that one extra spot (extra number) that wins you big bucks even if you miss all the other ones. At the same time, a bonus spot can be a boost that doubles your winnings (provided you pay a little extra).

Bragging about your (lack of) luck to others is what makes live casino games so appealing, and keno live is no exception. While you can find no shortage of live blackjack, live roulette, and live baccarat games on most online gambling sites, finding Bitcoin Casino Keno sites may be tricky. In other words, few software providers provide them.

Playing keno live requires watching each number get drawn from the keno machine. Every time we at BestBitcoinCasino play some Live Keno, we have to remind ourselves this is not the state lottery. In short, Live Keno can be hilarious with the right company.

Under the right circumstances, online Keno can be a great source of entertainment. If you are a fan of the lottery, then Keno is probably right up your alley. While it’s not as popular as some other Bitcoin games, there is a reason why so many Bitcoin casinos choose to feature keno games in their libraries.

If you just happen to have a few lucky numbers, put them to the test on Keno and see how lucky you truly are. Hope that we helped you in finding the best keno casino for you!