Airbitz is a mobile wallet that secures your private key and public address. Get this on your smartphone to experience hassle-free Bitcoin transactions. 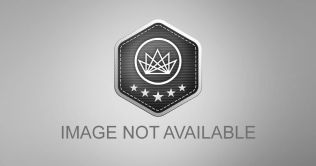 With the goal of giving users convenience, Airbitz is not only a user-friendly mobile Bitcoin wallet. It is also known for being powerful and intuitive. The app acts as a mobile bank with a simpler interface, while the wallet was created to be simple to attract a bigger demographic. At the same time, it will teach you more about Bitcoin and how it works.

Airbitz and its services

It may look like a simple wallet, but it is not because of its features. This mobile wallet keeps your account safe with its PIN and password. It has another security feature, which is the one-touch two-factor-authentication feature. It also gives you the option to connect to another device with its multi-device synchronication feature. You can then connect it with plugins, such as Edge Login and Airbitz SDK.

Apart from that, this wallet lets you pay via Bluetooth and NFC. You can also edit your transaction histories and payment requests. These will help you monitor your spending and keep track of all your transactions. The feature also has daily spending limits to warn you if you are exceeding your budget.

If you are into trading with other users, you will appreciate this wallet’s GPS feature with merchant directory. This feature will inform you about nearby traders and local stores that accept crypto currencies as payment. Another feature that this wallet has is you can now have a touchless transaction between other users. You no longer have to physically scan the QR code of the trader because you can do it wirelessly.

Considering that this is a mobile wallet, Airbitz allows you to buy from your local stores through this wallet. Just simply scan the QR code found on the app and you can buy as many products as you want. If the store does not accept crypto currencies, do not worry because this wallet has access to over 140 currency exchange rates.

What to expect from Airbitz?

Looks can be deceiving as they say, but this simple Bitcoin wallet will not stop with its awesome features. It also plans to offer Bluetooth low-energy payment and cloud encryption. There is also the full-node feature that will let you have a hundred percent control over your wallet. You can also convert your Swiss Francs and Euros to bitcoins because Airbitz is now partnered with Bity.

There are just tons of features to look forward to that even crypto slots players and other online gamers are interested in this wallet. Airbitz also has proven to be a must-try wallet for these clients. If you are a gamer, you can use this wallet to store your wins from Bitcoin casino bonus and Bitcoin casino free spins.